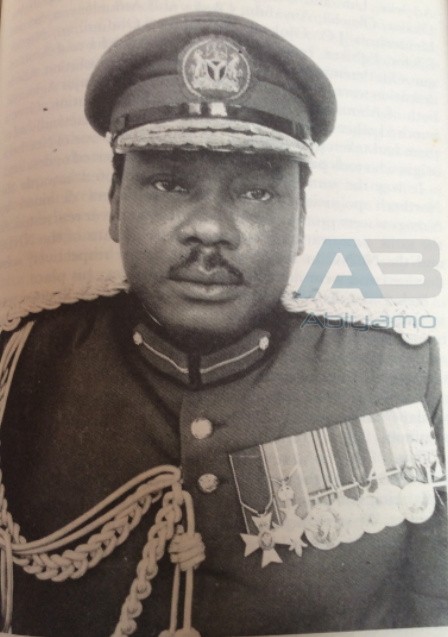 President Muhammadu Buhari and Gov. Okezie Ikpeazu of Abia have paid special tribute to late John Aguiyi-ironsi, the second son of the former Head of State, late Maj.-Gen. Aguiyi Ironsi, who was laid to rest on Friday in Umuahia, the Abia capital.

Buhari was represented at the ceremony by the Minister of State for Solid Minerals, Mr Uche Ogah.

The president’s representative was received by the wife and first son of the late general, Victoria and Thomas, who is a former Minister of Defence.

In a speech at the ceremony, Buhari described the deceased as “a very good man”.

He also described John’s death as “a great loss not only to Abia but to the nation in general,” saying that the late general’s family remained significant to Nigeria.

He said: “The death of our brother John is unfortunate. Death is inevitable.

“We are all tools in the hands of God and we pray that God will give the family the fortitude to bear the loss.”

Ikpeazu also expressed grief over the loss, describing John as a great man, who contibuted to the success of past and present administrations in the state.

The governor, who was represented by his deputy, Chief Ude Oko-Chukwu, said the family was very important to Abia and the country.

“This is the family that produced the first Military Head of State, the man who did his best for the unity and progress of this nation,” Ikpeazu said.

He urged the family to take solace in God, adding that John led a very beautiful Christian life.

Also, Sen. Theodore Orji, representing Abia Senatorial District, encouraged the family to take heart, describing death as “debt that must be paid by all.”

“John died early, that is why it is painful.He was a good man who served under me when I was governor.

“Now, for those of us that are living, it is an opportunity to do good and impact lives,” Orji said.

The deceased’s nine-year-old only child, Nkechi, said that she would miss her father dearly and prayed his soul to rest in peace.

Former Nigerian Ambassador to South Africa, Okey Emuchay, described John’s death as a painful loss, saying that he was kind-hearted and very honest.

The deceased’s elder brother, Thomas, expressed regrets that his brother “died too early”.

He thanked Nigerians for identifying with the family and sharing in its grief.

The deceased was buried in Aguyi-Ironsi’s country home at Umuanna Ndume in Umuahia North Local Government Area of the state after a requiem mass at St. Theresa’s Catholic Parish, Afara, Umuahia.

Late John Aguiyi-Ironsi, who served as a Special Adviser/Assistant to Orji and Ikpeazu, died at 54 on September 14 after a brief illness.