"I nearly dropped out of school" – Best graduating student says 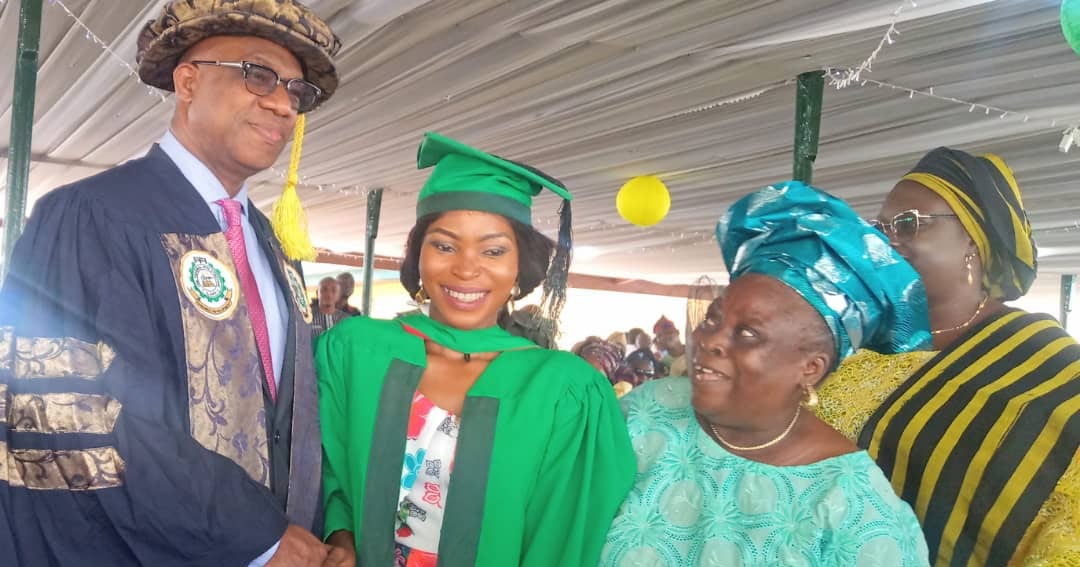 The best 2018/19 graduating student of the Federal Polytechnic, Ilaro, Modupe Akintola, said she would have dropped out of school, had it not been her mother’s extra efforts to pay her final year school fees.
Akintola, who graduated with a 3.90 Cumulative Grade Point Average (CGPA), told the News Agency of Nigeria (NAN) in an interview in Abeokuta that it was her mother, who ensured that the money was paid before the deadline. She noted that her father had died since 2005, saying that it was her mother, who had been her pillar financially and morally.
Akintotola, the third child in a family of four, told NAN that she took her studies serious right from her days as an Ordinary National Diploma (OND) student of the polytechnic.
“My saddest moment was when I found it difficult to pay my final year school fees on time. Then, there was no one to help. My mother tried her best then but at last, God intervened.
“I graduated with a distinction; 3.80 CGPA during my OND. I discovered my best was not enough during my OND days, so I promised myself to do better in the HND programme.
“During my HND, I did not limit myself to what we were taught in the class. I studied online, met experts in borrowed courses and I love reading a lot. Anytime we were doing a borrowed course, I used to go to other students, who were doing that course as their main course to put me through.
“My challenge was financial through because my mother has retired since 2016 and she has not been paid her gratuity since then.
“I lack words to describe my mother, a retired teacher of Jamaitul Islamyat primary school, Ikorodu, Lagos. She’s the best mother one can ever have. I lost my dad 2005, she raised me alone and sacrificed everything to make me successful. I cherish her a lot,” she said.

She explained that the governor’s gesture was good and it would continue to encourage academic excellence.
Akintola advised other students to always put their best in whatever they do, adding that they should not only dream about success but also work for it. “They should not depend only on what they are teaching them in class. They should do more research and pray because with God all things are possible,” she said.
The state governor on Oct. 16, announced automatic employment for Akintola while delivering an address at the last polytechnic’s convocation in Ilaro.
Tags:   Federal Polytechnic Ilaro   Modupe Akintola