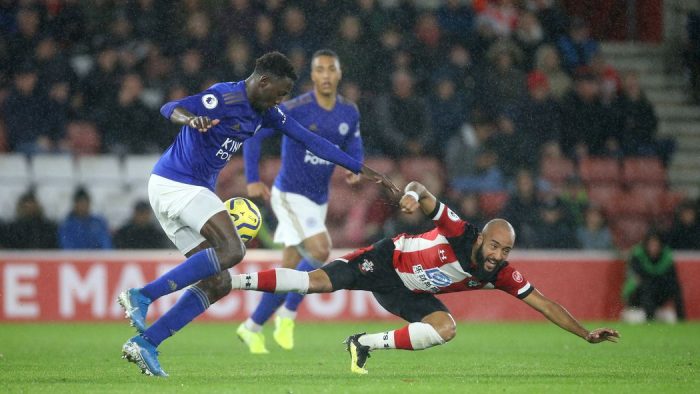 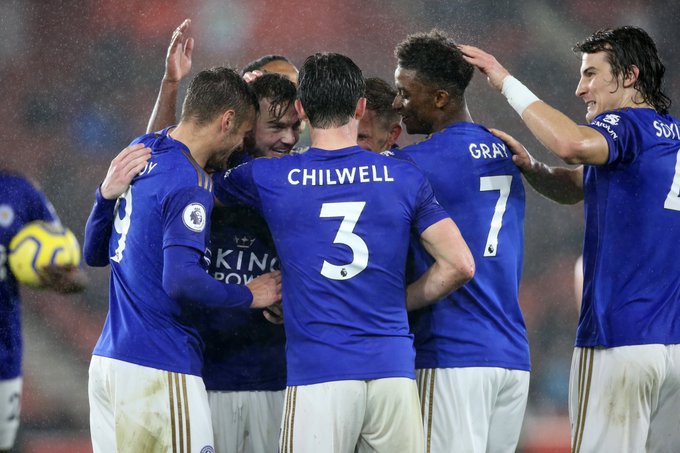 Hat-tricks from Ayoze Pérez and Jamie Vardy and further strikes from Ben Chilwell, Youri Tielemans and James Maddison see Leicester City equal the record for the Premier League’s biggest-ever win, and Ndidi was exceptional in the heart of midfield.

Brendan Rodgers opted for an unchanged XI for the Saints clash, and it was easy to see why as they took the lead after just 10 minutes when Ben Chilwell fired beyond Angus Gunn after the stopper had initially denied Harvey Barnes.

For a foul in the build-up to the goal, meanwhile, Ryan Bertrand was given a straight red card after a high challenge on Ayoze Pérez, and to add to Southampton’s woes, Youri Tielemans made it 2-0 seven minutes later.

Then, Pérez scored his first goal for the Football Club after playing a one-two with Tielemans, while the Spaniard’s second of the game arrived in emphatic fashion as he sent a sweet half-volley into the back of the net six minutes before the break.

There was still time for a fifth goal in the first half, too, with Chilwell again providing the delivery, as he found Jamie Vardy in the six-yard box. The City No.9 brought the deflected cross under control and cut past his marker before slamming past Gunn.

It took just over 10 minutes for City to find their sixth goal after the break, as Pérez controlled Barnes’ pass and slotted in to score his first-ever hat-trick for the Foxes.

It was 7-0 a minute later, as Chilwell scooped the ball into Vardy, who headed in his second of the night and his eighth of the Premier League campaign inside the hour mark.

At the other end, goalkeeper Kasper Schmeichel was called into action twice in quick succession, as he held onto James Ward Prowse’s free-kick and palmed over a fierce effort from Nathan Redmond.

The eighth goal for City arrived in the form of a fine free-kick from James Maddison, while Vardy rounded off the scoring, securing his hat-trick after winning and converting a penalty in injury time.

With Ayoze Pérez already set to take the match ball home after scoring a hat-trick, Jamie Vardy had an opportunity to score a treble of his own and make Premier League history in the process.

And with the form he’s in this season, there was only ever going to be one result as he stepped up to take the penalty he had won in injury time after being fouled by Saints defender Jan Bednarek.

Netting his ninth goal of the season, the City No.9 made it 9-0, helping the Foxes set a new Premier League record for an away win, while also equalling the record Manchester United set when they beat Ipswich Town 9-0 in 1995.

Who should be the Man of the Match?

“He was involved in everything that went on. Youri Tielemans was fantastic and there were some superb performances. I’m going to go for Ndidi, but I could have given it to anybody. The only one I couldn’t give it to was Kasper Schmeichel, because he’s had nothing to do!”

Leicester City’s stunning 9-0 win over the Saints sees them move above Manchester City into second position, and they now boast the division’s second-best goal difference after 10 Premier League fixtures.