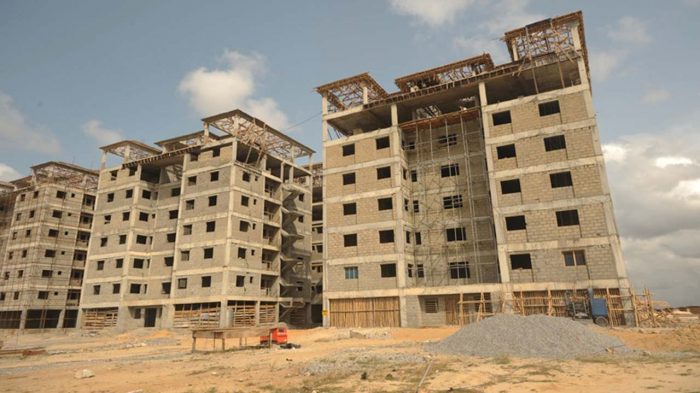 The Lagos State Government has said that work is presently ongoing at the construction site of Ilubirin Foreshore Housing Scheme while also expressing eagerness to complete the first phase of the scheme within the next 24 months.

This was the assertion of the Commissioner for Housing, Moruf Akinderu-Fatai at a meeting with the representatives of First Investment Property Company (FIDC) while reacting to speculations that the Ilubirin Foreshore housing Scheme had been abandoned.

“The Ilubirin Scheme has not been set aside, we are working on it. We have a solid plan to deliver the first phase of the scheme not later than the third quarter of 2021,” he said.

Akinderu-Fatai said “as part of the commitment to ensure that more Lagosians become homeowners, the State Government is determined to complete the first phase of the on-going Ilubirin Foreshore Housing Estate project in Lagos Island Local Government Area of the State.”

The Commissioner  also revealed that the project which is presently a public-private collaboration endeavour will be reviewed in its entirety so as to actualize the vision of an upscale and captivating residential, commercial and leisure environment befitting of its strategic location along the lagoon.

Furthermore, Akinderu-Fatai disclosed that the plan of the present administration to create liveable cities and regenerate existing ones will be fully incorporated in the review process so as to inject new life in the neighbouring communities.

However, according to him, the process of re-examination will be accelerated because the need to close the housing deficit gap is quite urgent.

Akinderu–Fatai further stated that the present administration is committed to completing all abandoned housing estates in the state in accordance with global specifications.

“We are here to set new bars in housing development. We intend to do that through setting good examples with our own estates,” he said.

He added that “we are determined to complete the Ilubirin Foreshore Housing Scheme and other ongoing housing projects so as to make more Lagosians homeowners irrespective of their ethnicity or political dispensation.”

Earlier, Wale Bamgbelu of First Investment Property Company (FIDC) said the master plan for the scheme is based on a world class housing estate scheme anchored on the live work and play pattern having not only residential facilities but also other facilities of global standard including cinema halls and shopping arcades.

Ilubirin Estate is a public foreshore housing project initiated in 2014 and constructed on reclaimed land in Ikoyi Island, Lagos at the base of the Third Mainland Bridge, facing the Lagos Lagoon waterfront on Lagos Island. In mitigating the housing deficit in the state, it was poised to deliver 472  of two, three bedroom blocks of flat, terraces and penthouses in a mixed used hub, which will create a ‘live, work, play’ environment  with commercial units and recreational facilities.