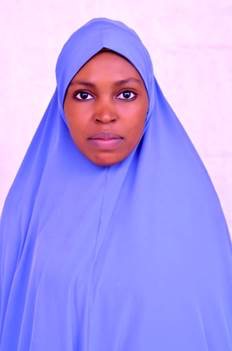 A winner has emerged in the 2019 BBC Hausa Short Story Writing Competition.

The winner is Safiyya Ahmad, with a story entitled: “Maraici” (Ophanhood) after beating 25 other contestants.

According to the News Agency of Nigeria (NAN), Hajiya Bilkisu Yusuf, who was among the three judges, announced the winner at the Awards Night of the BBC Hausa Short Story Writing Competition held in Abuja on Friday.

Yusuf said Safiyya’s story was picked from 25 contestants shortlisted, adding that Safiyya, who is from Zaria in Kaduna state, is married with a daughter.

“Maraici” is the story of Karima, a girl, who was abandoned as a baby, grew up in an orphanage and was adopted by Hajiya Babba, a benefactor that puts her through primary and secondary education.

Karima was later married off to Alhaji Tukur, who at the end divorced her, and she was rejected by Hajiya Babba.

Safyya told the News Agency of Nigeria (NAN) that she was not sure when her phone woke her from sleep and was told that she had won the competition.

“It was only when I looked again at my phone that I confirmed I was not dreaming but has really won.”

She advised those who were not able to win to try next time as they might be lucky.

The first runner up is Jamila Abdullahi Rijiyar Lemo with a story entitled: “Ba A Yi Komai Ba” (Nothing New).

Jamila showed how women were being abused by men for not having male children.

In the story, Uwani faces a lot of discrimination, verbal abuse, and rejection from her husband and his relatives because of her inability to conceive a male child.

Being vulnerable, the community because of the man’s influence wanted her to stop the issue so that the poor girl will be protected but her mother, Laraba, vows to fight for her daughter’s rights.

Jamila Babayo, who hails from Yobe state, told NAN that she decided to participate in the completion in order to showcase her state and to show BBC that she is a fan of the station.

She thanked God and appreciated BBC for organising the contest, saying “it exposes a lot to people to ponder upon depending upon the story line.”

“BBC has tried especially as the contest bring about unity, supporting the Hausa culture, tradition and also the competition indicated that the Hausa language is waxing stronger,’’ she said.

NAN recalled that the contest which is fourth edition had Safiyya Jibril as the first winner in 2018.