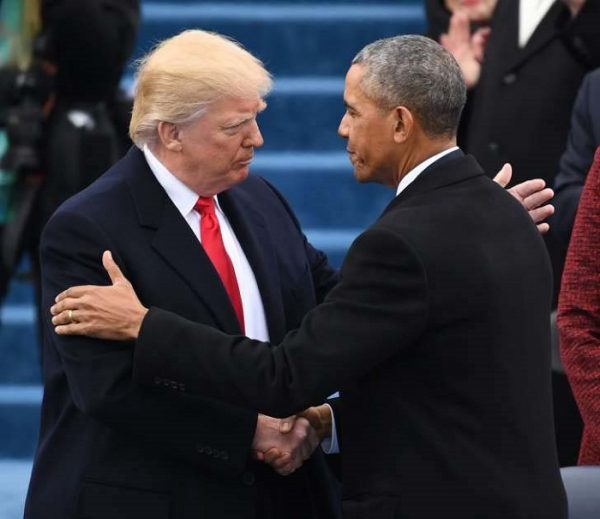 Obama to Trump team: stop the despicable ad on Biden

US President Donald Trump has laid claim to the trophy for killing the most deadly terrorist, boasting that the killing of Islamic State leader Abu Bakr al-Baghdadi is a bigger triumph than the Obama administration’s strike against al-Qaeda leader Osama bin Laden.

On Sunday, after teasing his 66m followers on Twitter for about 8 hours with a “Something very big has just happened!” riddle, Trump announced the strike against the elusive ISIS leader.

Baghdadi, he said, was cornered by U.S. Special Operations forces in his hideout in northwest Syria and detonated his suicide vest in a dead-end tunnel, killing himself and three of his children, as he ran away from dogs unleashed on him.

‘Bin Laden was a big thing, but this is the biggest there is. This is the worst ever,’ Trump victoriously said on Sunday.

‘Osama bin Laden was big, but Osama bin Laden became big with the World Trade Center. This is a man who built a whole, as he would like to call it, a country, a caliphate,’ he added.

The president couldn’t help but draw comparison to his administration’s military strike with that of Barack Obama in 2011.

The killing of bin Laden was lauded as one of the great successes of Obama’s time in office as the terrorist leader was the founder of Al-Qaeda and the mastermind of the September 11 terror attacks that killed nearly 3,000 people.

Bin Laden was killed in a Navy SEALs operation where agents raided Laden’s compound in Abbottabad, Pakistan on May 2, 2011.

In his speech Trump pointed out that bin Laden wasn’t known to the world until 9/11, and claimed the killing of Al-Baghdadi was a bigger target because he was the man behind the Islamic caliphate.