How dangerous is the microwave oven in your kitchen? 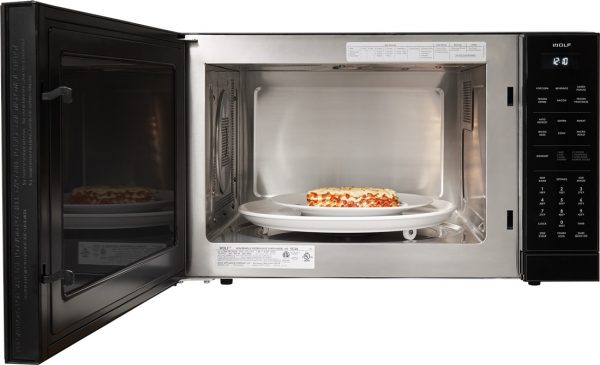 A microwave oven: US agency warns that people should not stay too close to it for a long time

How close can one safely stand next to a microwave and can any radiation escape from the device and potentially harm one?

An insightful article published by livescience.com says people should not get worried about those questions as injuries from microwave radiation are very rare, according to the U.S. Food and Drug Administration.

However, there are certain precautions you can take to keep yourself safe when using a microwave oven.

Microwaves, like radio waves, are a type of of “non-ionizing radiation,” meaning they don’t have enough energy to knock electrons out of atoms, the FDA says. Microwaves are therefore not known to damage DNA inside cells, according to the American Cancer Society.

In contrast, X-rays and gamma-rays are classified as “ionizing radiation,” a type that does have enough energy to remove electrons from atoms and can damage cells and DNA.

Even though microwaves don’t pose the same health risks as X-rays, that doesn’t mean they are risk-free. Microwaves heat food by causing water molecules to vibrate, which produces heat. In theory, microwaves can heat body tissues in the same way they heat food, and at high levels, microwaves can cause burns and cataracts, according to the FDA. But these types of injuries are very rare and have generally occurred when people are exposed to large amounts of radiation leaking through openings in the oven, such as gaps in the seal, the FDA says.

What’s more, the FDA requires microwaves to be designed in a certain way to prevent these types of radiation leaks. For example, the FDA requires that microwave ovens have two interlock systems that halt the production of microwaves the moment the door is opened. And the agency requires that these ovens have a monitoring system that stops the device from operating if one of the interlock systems fail.

As a result, there is “little cause for concern” about excess microwaves leaking out from your oven, unless there is damage to the door hinge, latch or seal, the FDA says.