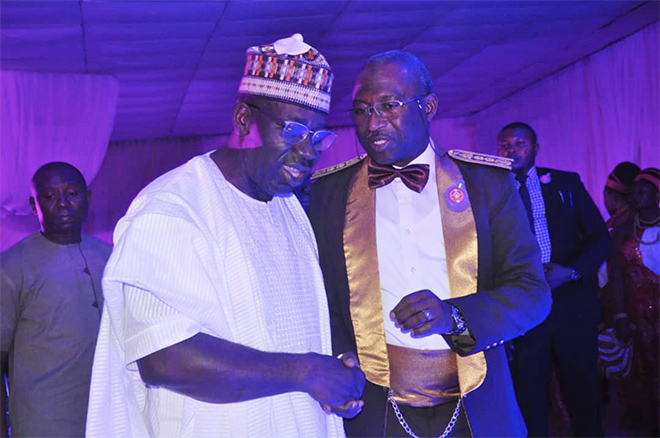 The Nigeria Immigration Service (NIS), has promised to partner Edo State Government in its fight against human trafficking and irregular migration.

He said Edo State has played a critical role in Nigeria, especially as it leads the fight against human trafficking.

He commended Governor Godwin Obaseki for his administration’s commitment to halt human trafficking in the state.

He said: “In each case of human trafficking, there is always a weak link from lmmigration Service, but as we close the Conference, we all have made commitment to close the border against human trafficking. We are ready as law enforcement officers to protect our borders.”

The NIS boss urged other Federal Government agencies working to curb the incidence of human trafficking to collaborate and work with the Obaseki-led administration because the government is willing, able and capable in fighting the scourge head-on.

He assured the Governor that he would work as an ambassador of the state to support the commitment of the state in combating human trafficking and crimes.

In his speech, the Edo State Governor, Mr. Godwin Obaseki, thanked the Nigeria Immigration Service for choosing Edo for the 2019 Comptroller-General Conference.

He commended the Service for cooperating and collaborating with the state in tackling the human trafficking scourge.

He added that Edo people are enterprising and aspirational, who have dominated their environment for 600 years as no Edo man has ever been sold into slavery.

“While campaigning, I discovered that human trafficking is one subject that no one wants to discuss because it has become a business that sustain many families. I knew it was not right and decided to speak up, never denying its existence but to fight the scourge head-on.

“I made a commitment that by the end of my first tenure in office, I would have reduced trafficking by 50 per cent and by the time I leave office, trafficking would have been totally eradicated.”

“You are one agency that has caught up with the trend and have used technology to control our borders. You have done well and I promise to continually collaborate with you and ensure trafficking is completely eradicated in Edo State,” the governor said.