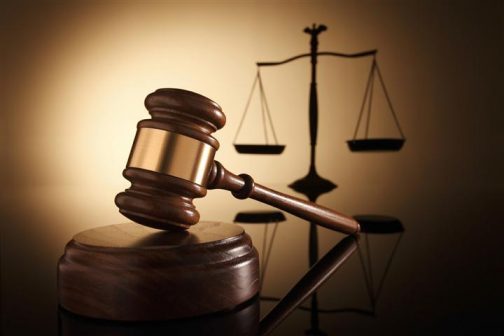 An Ilorin Magistrates’ Court, on Monday, ordered the remand of a man, Abdullahi Ibrahim, in prison custody for alleged vandalism of streetlight cables.

Ibrahim, who resides behind GTB Bank, G.R.A., Ilorin is facing a one-count charge of possession of something, reasonably suspected to be stolen property.

The prosecutor, Sgt. Adebayo Thomas had told the court that on July 27, the case was reported to the Intelligence and Investigation Department of the Nigeria Security and Civil Defence Corps (NSCDC) headquarters, Ilorin.

The prosecutor said that some items, including an axe, cables and a torchlight were recovered from the man.

He also mentioned that the offence contravened Section 319(A) of the Penal Code.

The accused person, however, pleaded not guilty to the charge.

The magistrate, Mrs Folake Olokoyo, ordered that the suspect be remanded in Oke-Kura Prisons and adjourned the case until Nov. 11 for hearing.