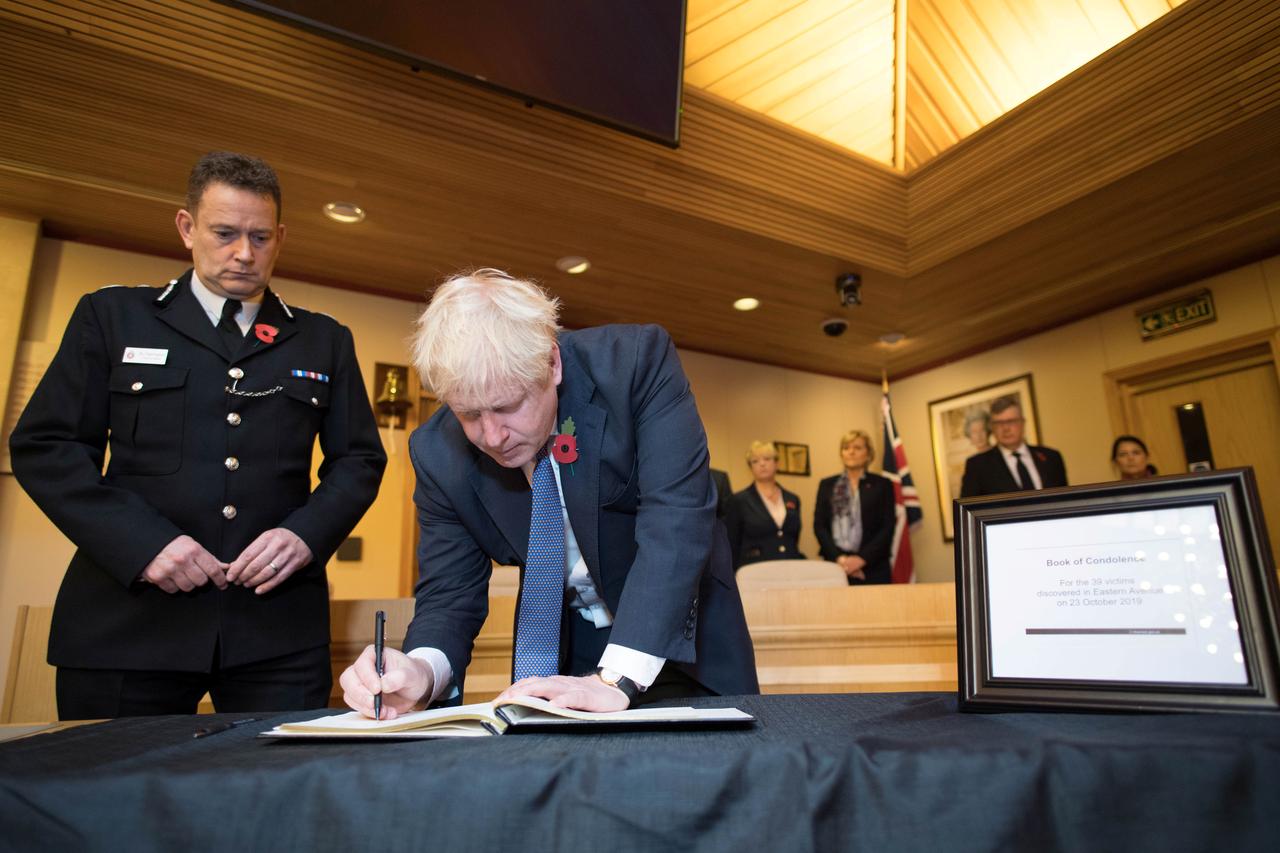 British Prime Minister Boris Johnson wrote on Monday in a book of condolences for the 39 people found dead in a truck on Oct. 23 that the whole nation was shocked by the tragedy.

“The whole nation and indeed the world has been shocked by this tragedy, and the cruelty of the fate that has been suffered by innocent people, who were hoping for a better life in this country,” Johnson said.

“We mourn those who have lost their lives. our thoughts are with their families far away,” he wrote.

“In condemning the callousness of those responsible for this crime we in the government of the United Kingdom resolve to do everything in our power to bring the perpetrators to justice.”