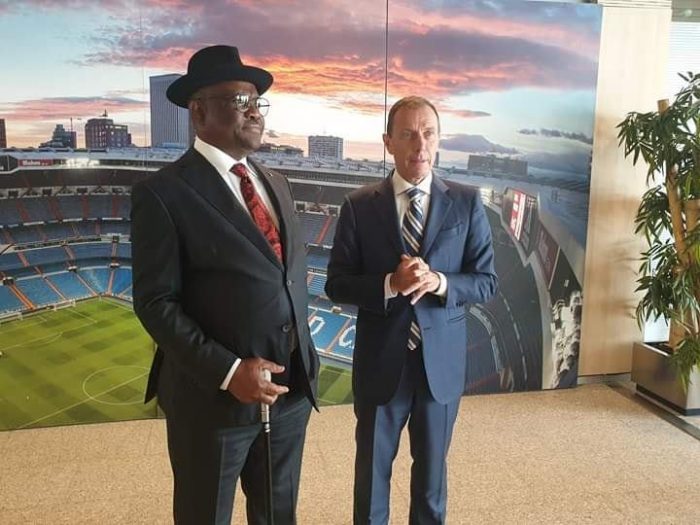 Wike and his host in Madrid

Rivers State Governor, Nyesom Wike is at the Real Madrid Football Club for the signing of further agreement with the club on the development of Real Madrid Academy in Port Harcourt.