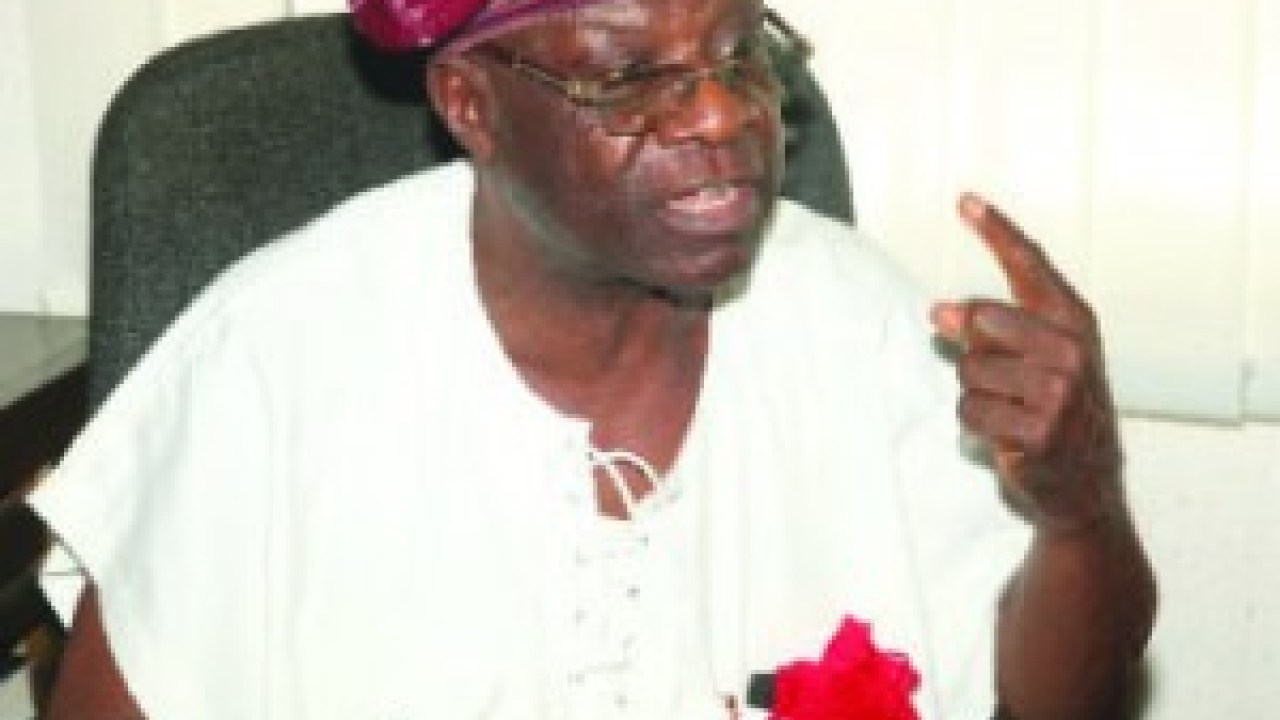 
He was just a Form 5 student of Ibadan Boys High School when his zeal was fired to join the Nigerian Army. Godwin Alabi-Isama loved the soldiers’ starched uniforms, music, berets, jungle boots, guns and swagger sticks. What further fascinated him as he peeped out of the window of his school,  situated at Oke Bola, close to Pa Obafemi Awolowo’s residence, was the manner the soldiers marched in lock-steps. Their legs, as if bound by an invisible locomotive rod, would move back and forth with millipede’s legs unison, even as their hands cut the air with a whistling slash.

Like a boy sleep-walkinig, Alabi-Isama would follow the soldiers, hoping that one day he would be like them. His dream as a teenager came to fruition; he joined the Army and rose to become a Brigadier-General who, before he retired, was the Chief of Staff, 3rd Marine Commando, during the 1969-1970 Nigerian Civil War.

But he did not intend to join the Army as an officer, but enlist as a recruit. The day he pressed his nose to the recruitment officer’s door, he met a European officer called Captain Scamper. After sizing up the small boy, the officer asked whether Alabi-Isama could speak English. The officer received more than a “yes” or “no” answer. Alabi-Isama reeled out his subjects in school; those he had passed and those he was yet to.

“All I asked you is, do you speak English?”  Scamper fired back. He was satisfied with the boy, though!

“You qualify to be an officer,” he told Alabi-Isama who, with enthusiasm, asked “You mean, like an Oyinbo (whiteman)?”

When Scamper answered in the affirmative, the young boy said he was ready. The Army, thereafter, gave him a warrant to go to Apapa, Lagos for other tests.

When he finally joined the Army, his mother almost gave up the ghost. There were reasons. One, Alabi-Isama was her only son.  Two, the Army, at that time, was considered the exclusive preserve of never-do-wells and aimless vagabonds. In other words, it was considered a taboo for serious minded people to join the Army, or have a family member doing that. For this reason, Alabi-Isama’s mother was apprehensive. She started consulting marabouts and begging God to forgive her. She actually thought she had (because of her son’s career choice), at one time or ther other, committed a sacrilege!

Born in Ilorin, Kwara State, to an Ukwani (Delta State) father and a Yoruba (Ilorin) mother on 24 December 1940, Alabi-Isama attended Ibadan Boys High School. He thereafter joined the Army, in 1960, and trained at the Mons Officers’ Cadet School in the United Kingdom and the Senior Tactics School and Staff College in Quella, Pakistan.

When the war broke out, he was the commander of the troops that kept watch over the Niger Bridge at Asaba, from where the Army Headquarters catapulted him to the 3rd Marina Commando, 3MCDO, Calabar war front.

Read the full story in TheNEWS