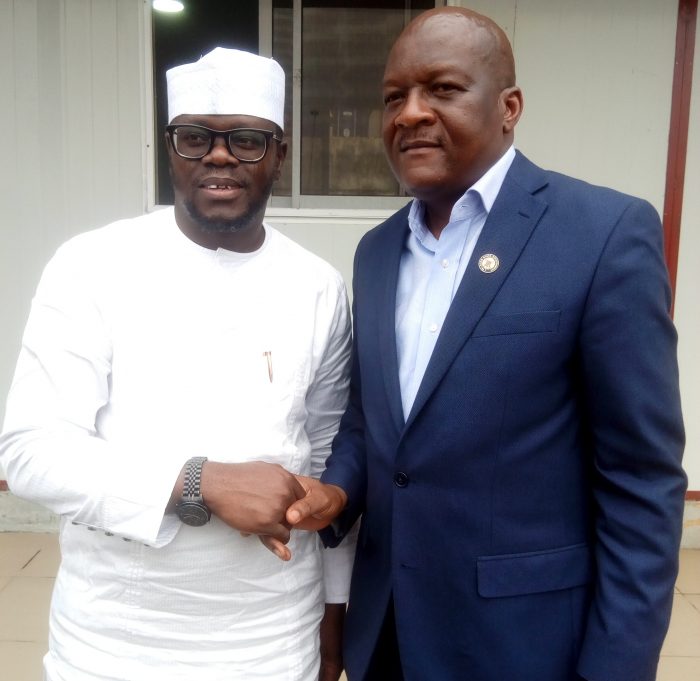 The General Manager, Lagos Traffic Radio, Tayo Akanle has indicated the Station’s readiness to assist the State’s Ferry Services Corporation to step up the sensitization and raise awareness on movements on the waterways for enhanced productivity and decongest the roads.

Mr. Akanle who led the management of the Station on a courtesy visit to the Managing Director/CEO, Lagos State Ferry Services Corporation, Hon. AbdoulBaq Ladi-Balogun in his office, stated that the Station has appreciable audience base and a strong online presence  to successfully carry out this onerous task for the benefit of Lagosians.

The General Manager further stated that having unfettered access to accurate and seamless traffic information on movements on waterways from the Agency would add value to commuters in Lagos while enriching the synergy existing between both Agencies.

Mr. Akanle stated that since the expansion of its frontier to include the provision of traffic information on other modes of transportation such as flight schedules and movements on the waterways rather than roads alone, the Station has already positioned itself to render this social service to Lagosians.

According to him “The partnership which will not only be of immense benefit to Lagoisians, it will also lay credence to the commitment of Governor Babajide Sanwo-Olu to deliver a reliable, safe efficient and effective transportation system that will enhance mass movement of Lagosians”.

In his response, the Managing Director/CEO, Lagos State Ferry Services Corporation, Hon. AbdoulBaq Ladi- Balogun stated that the partnership is timely; assuring the Corporation’s readiness to leverage on it and ultimately decongest the roads.

The Managing Director stressed that the Corporation’s target was to achieve a thirty percent movements of Lagos commuters on the waterways as soon as possible, adding that the Agency has one of the best ferries just as it would soon take possession of more ferries.

Ladi-Balogun posited that the Agency would play a significant role in the Multi Modal Transportation initiative of the present Administration, under the leadership of Govenor Babajide Sanwo-Olu especially as it aimed at decongesting the roads.

He said multimodal transportation initiative of the present Administration involving water, rail and road would be in full effect within the next two years, with Mile 2 and Marina being the major hub of the initiative.