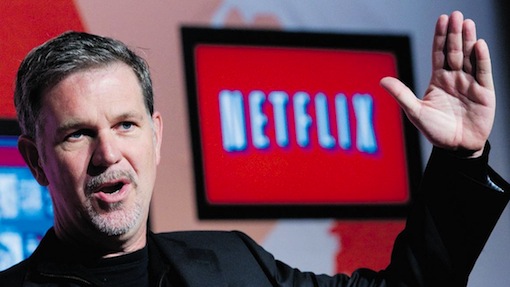 The new feature that is been quietly tested by Netflix has quickly drawn a big backlash from Hollywood creatives.

First noted by Android Police, savvy mobile users of the streaming service spotted a new feature on the Netflix Android app that allowed subscribers to speed up (or slow down) playback without muting the volume (to playback speeds 0.5x, 0.75x, 1.0x, 1.25x or 1.5x, respectively).

The feature is not unlike what most podcasts and audiobook apps already have and is used by some listeners to consume content more quickly (or, in some cases, to slow it down if they have a difficult time understanding it).

The first-blush response from industry creatives, however, was not good. Turns out filmmakers don’t like the idea of viewers watching their painstakingly crafted work on Chipmunks mode.

Filmmaker Judd Apatow (Knocked Up), who also co-created the Netflix series Love, tweeted this threat: “Don’t make me have to call every director and show creator on Earth to fight you on this. Save me the time. I will win but it will take a ton of time. Don’t f— with our timing. We give you nice things. Leave them as they were intended to be seen.”

Breaking Bad star Aaron Paul, who is reprising his acclaimed role in the Netflix movie El Camino, slammed the move: “Stop … There is NO WAY @netflix will move forward with this. That would mean they are completely taking control of everyone else’s art and destroying it. Netflix is far better than that. Am I right Netflix?”

Director Peyton Reed (Ant-Man) tweeted: “This is a terrible idea, and I and every director I know will fight against it.”

Director Brad Bird (The Incredibles and Mission: Impossible: Ghost Protocol) tweeted it was “another spectacularly bad idea” and “another cut to the already bleeding-out cinema experience”.

Director Peter Ramsey (Spider-Man: Into the Spider-Verse) tweeted: “Does everything have to be designed for the laziest and most tasteless?”

Netflix released a statement assuring the feature is only being tested and is not permanent… yet.

“We’re always experimenting with new ways to help members use Netflix,” a spokesperson said in a statement. “This test makes it possible to vary the speed at which people watch shows on their mobiles. As with any test, it may not become a permanent feature on Netflix.”