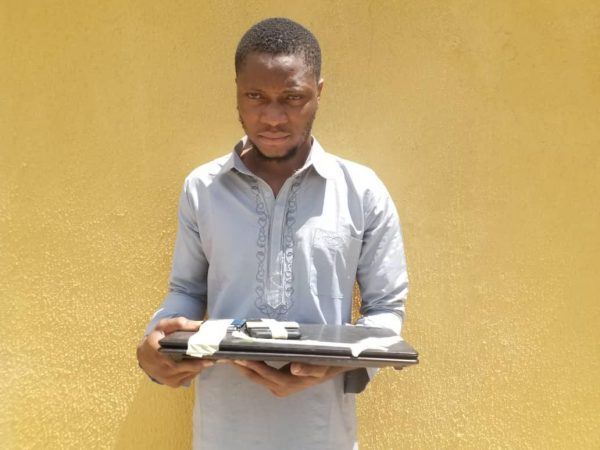 A 24 year-old internet fraud suspect, Babatunde Muhammad Bashir, today informed a Kwara state High court in Ilorin of his decision to enter into a plea bargain with the Economic and Financial Crimes Commission prosecuting him.

The defendant had on October 8, 2019 pleaded ‘not guilty’ to the charge. But today, he made a volte-face.

When the matter came up for hearing today, October 30, the prosecuting counsel, Christopher Mschelia informed the court that the Commission had received a request for plea bargain from the defendant.

“My Lord, this matter is slated today for commencement of trial but yesterday the 29th of October 2019 I received an application for plea bargain on behalf of the defendant. In the light of the above, we shall be asking for a date to enable us to process the application, ” he said.

Justice Oyinloye consequently adjourned the case till November 13 for parties to report on the plea bargain agreement.

Count one of the charge against Bashir reads, “That you, Babatunde Muhammad Bashir on or about the 20th day of September 2019 in Ilorin, within the jurisdiction of the High Court of Kwara State, with intend to defraud, had in your possession a document containing false pretence, to wit: hangout with +1 6212-913-2052, in which you represented yourself as a Detective and requested one Mr Elian Torres Saucedo to send $500 gift cards, a representation you knew to be false and thereby committed an offence contrary to Section 6 and 8 (b) of the Advance Fee Fraud and Other Fraud Related Offences Act 2006 and punishable under Section 1(3) of the same Act”.