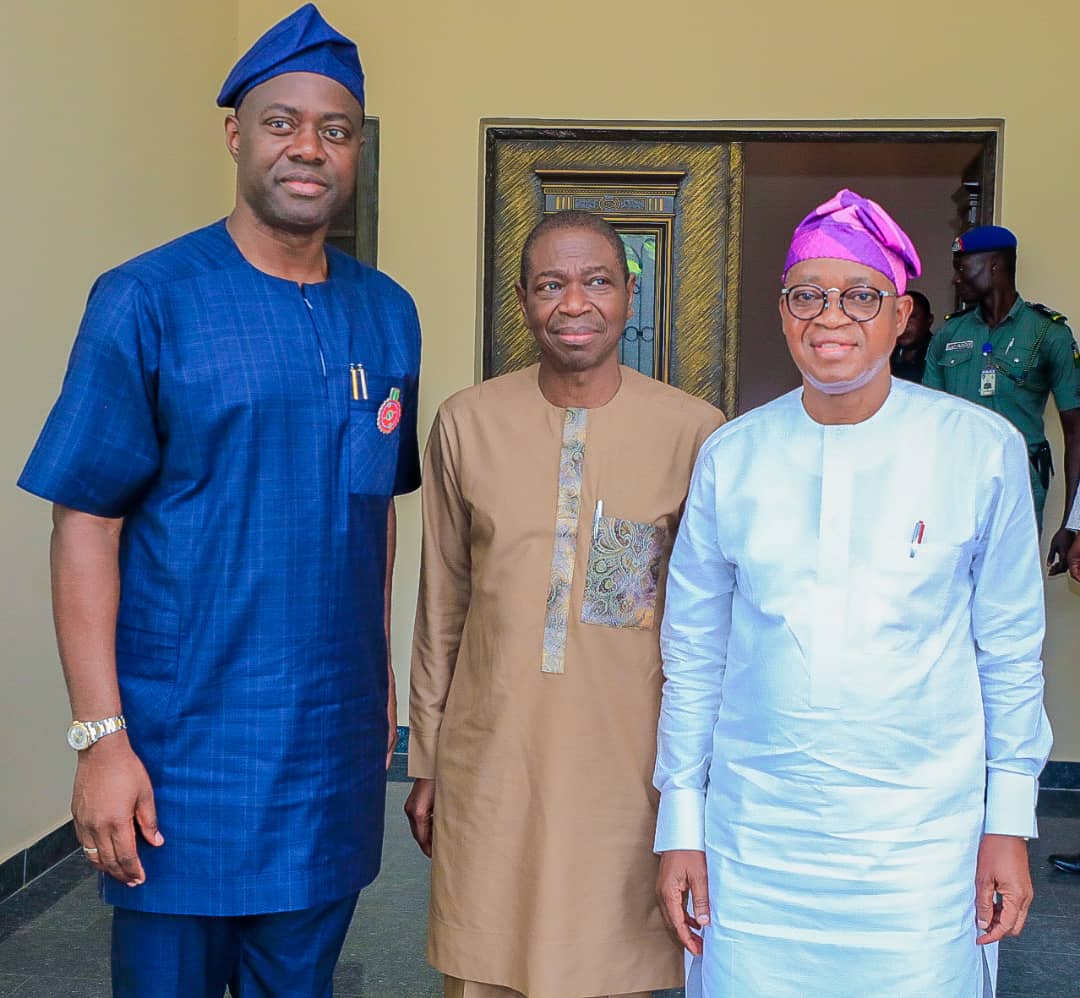 said something has to be done to a marriage that is not working.Receiving members of the institution’s governing council led by its chairman and Pro-Chancellor, Prof. Oladipo Afolabi in his office,

The institution, jointly owned by Oyo and Osun States has been enmeshed in crisis over inadequate funding.

According to the governor who made this known on his Twitter page, the meeting which was brokered by the institution’s Governing Council Chairman, Professor Oladapo Afolabi, was held in Abuja on Wednesday.

At the meeting, the two governors agreed that a 10-man committee drawn from both states be set up to further analyse the issues and come up with various options that would finally lay the matter to rest.

Today, my colleague, Gov. @seyiamakinde of @oyostategovt & I met in Abuja on the way forward for @lautechinfo. We agreed to set up a 10-man committee drawn from both states to further analyse the issues and come up with various options that would finally lay the matter to rest. pic.twitter.com/KyWxYeMq04

Earlier, Governor Seyi Makinde lamented the deplorable condition of the institution and promised to restore the institution’s lost glory. Makinde said in resolving the protracted crisis in the school, he would not mind a divorce with Osun State if the marriage is not working.