Why Tiger Woods is setting records in golf: Rory McIlroy 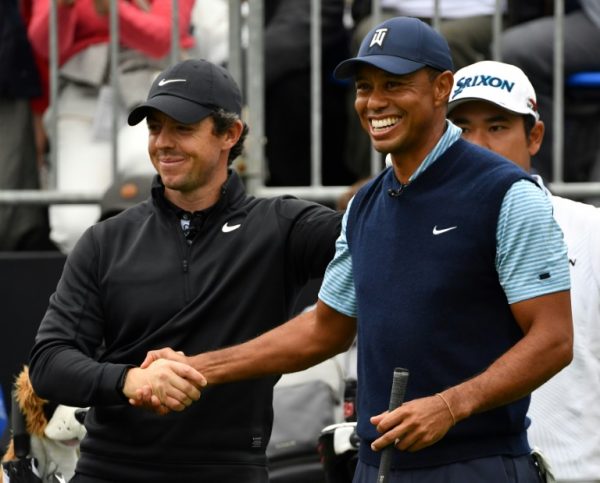 Irish golfer Rory McIlroy said Wednesday that Tiger Woods is reaping the benefits of a more “mellow” approach to life after the American secured a historic 82nd US PGA Tour win this week.

The 43-year-old Woods reached another milestone with victory on Monday at the Zozo Championship in Japan, equalling Sam Snead’s 54-year-old record of Tour triumphs.

McIlroy, who finished tied third, said he had seen up close how Woods has changed as a person during a brilliant career punctuated by some high-profile personal problems.

“He’s opened up a lot the last few years,” the Northern Irishman and current world number two, said on the eve of the WGC-HSBC Champions in Shanghai.

“I think I’m in a fortunate position that I live quite close to him and we’ve been able to develop quite a good relationship.

“I’ve seen in the private moments who he is as a person and what a great dad he is, how seriously he takes that side of his life as well. It’s been great to see.”

That more open and approachable manner has been noted by Woods’s fellow professionals, said McIlroy.

“I think previously in his career he didn’t take the camaraderie or the being one of the guys as seriously as he does now as he transitions to this latter part of his career,” said McIlroy.

“He’s definitely mellowed as a person and probably sees the bigger picture a little more than he used to.”

Woods, who will not play in Shanghai, has taken his fellow Americans Justin Thomas and Rickie Fowler under his wing and become something like a mentor to them, McIlroy said.

The 30-year-old, a four-time Major winner, believes that a roaring Tiger can only be good for golf.

“If Tiger’s doing well, the game of golf in general thrives so it’s good for everyone involved and I think we’re happy for him,” he said, referring to Woods’s rivals on the course.

“He’s been through a lot in terms of injuries and some of the breaks that he’s had to take.

“I think because he has opened up a little bit, people know what he’s been through and are happy that he’s got through the other side of it and is playing great again.”