Again, another tanker crashes in Onitsha 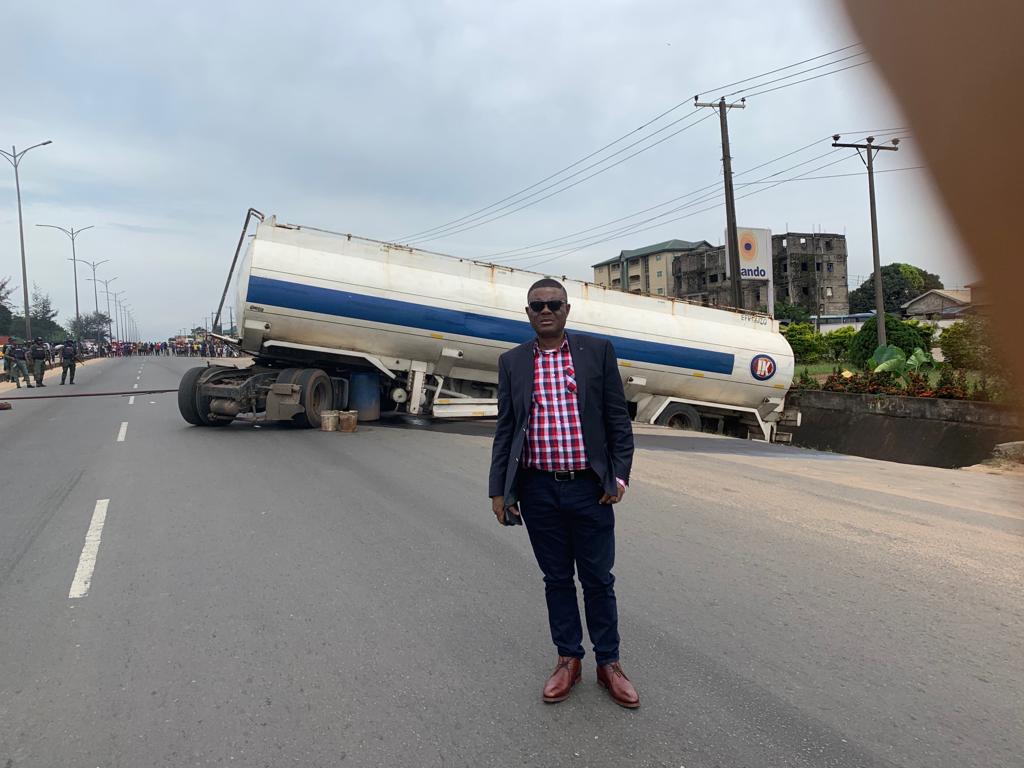 Another tanker laden with Premium Motor Spirit (PMS) on Thursday fell into a ditch by Chipex Petroleum Station around Upper Iweka axis within Onitsha, the commercial hub of Anambra.

Two incidents of Petroleum tanker accident which later caught fire were recorded in Onitsha on Oct. 16, and Oct.18, 2019 respectively.

Obinwa said that PMS was spilling out from today’s tanker at the time of filing this report, but added that the highly inflammable substance had yet to catch fire.

“As we speak, there is no fire at the scene. Firefighters are seriously working at the scene, pouring water to the tanker to prevent an outbreak of fire,” he said.

Also, Police in Anambra issued a statement advising residents in the area to stay clear of the area in order to prevent any disaster.

He said that Mr John Abang, the Commissioner of Police, Anambra had visited the scene where the tanker crashed into a gutter due to brake failure for on the spot assessment.

Mohammed said the tanker, which was coming from Benin was heading to Enugu with the product before the accident on Thursday afternoon.