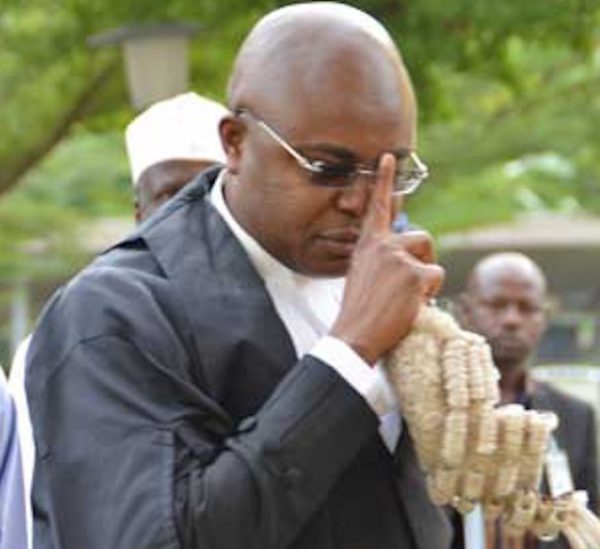 He is now being represented by a new team, led by Joe-kyari Gadzama, also a senior advocate of Nigeria.

The sacking of Raji was made known in court on Wednesday as Maina’s trial opened.

He is being tried on a 12-count charge that borders on money laundering, fraud and operating fictitious bank accounts.

Gadzama informed the Justice Okon Abang that he was not ready to proceed with trial, having only been briefed the night before by Maina’s previous legal team, adding that he was meeting Maina, for the first time in court.

Gadzama pleaded with the court for time to enable him go through the files and get a proper handover from the previous defence team.

He sought for an adjournment, which the prosecution counsel opposed on the ground that it was frivolous.

With Justice Abang, ruling in favour of the prosecution, the court proceeded with the matter, resulting in the evidence of the first prosecution witness, Mairo Muhammed Bashir, a business manager with UBA.

Led in evidence by prosecution counsel, M.S Abubakar, Bashir informed the court that she is the business manager of United Bank for Africa, UBA and oversees the affairs of the Business Section of the bank, including sales, operations, generation of deposits, giving of loans to individuals and corporate bodies.

She revealed that sometime in 2011, she solicited for fund from the defendant while he was the chairman of Pension Reforms Task Team and that Maina made a deposit of N3billion in the UBA which she said, was later transferred to the Treasury Single Account, TSA with CBN around 2012.

To further grow the bank’s deposit base, the witness said she approached Maina for more deposits, prompting the defendant to open 12 accounts for himself and his immediate family members, which included two accounts for the defendant-one in Naira and another in United State Dollars.

Testifying further, the witness told the court that she also opened accounts for the defendant’s companies which include: Faizal Farm (1), Faizal Farm (2) and Common Input Investment Property Ltd, which were also in Naira and Dollar denominations, adding that the defendant was signatory to those companies’ accounts.

The prosecution tendered the account opening packages, and they were admitted in evidence, marked as exhibits A1-30.

The matter was adjourned till November 4, 5, 6 and 7 for continuation of trial.