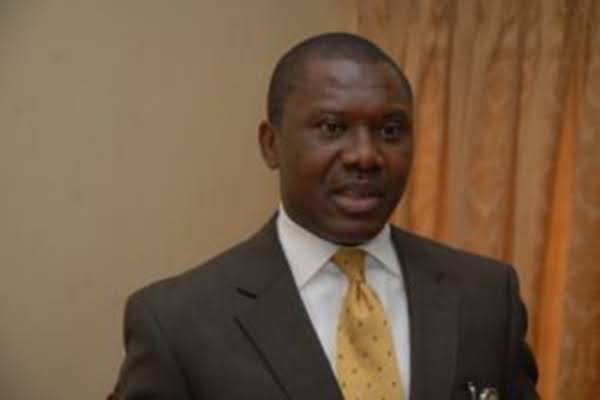 In one of the applications granted, the judge ordered the interim forfeiture of a plaza and block of flats, belonging to Goddy Nnadi, General Manager, Corporate Services, Petroleum Equalisation Fund Management Board.

Justice Giwa gave the order following an ex-parte application filed by the EFCC through its counsel, Ekele Iheanacho.

Iheanacho told the court that the properties are suspected to be proceeds of unlawful activities.

Similarly, the court ordered the interim forfeiture of N150 million, belonging to Nicholas Mutu Ebomo, who was the chairman, House of Representatives Committee on Niger Delta Development Commission, NDDC.

While moving the application for the forfeiture order, Iheanacho stated that the money was recovered by the EFCC in the course of investigating contracts awarded by the NDDC.

He affirmed that NDDC engaged the services of Starline Consultancy Services to recover funds owed it by oil and gas companies and that Starline sought the assistance of the House Committee on NDDC in the recovering of the funds. The oil companies eventually paid the debts to Starline, with a total sum of N10 billion being realised.

According to the prosecutor, investigation further revealed that Ebomo received bribe and kickbacks to the tune of over N400 million as appreciation for his role in using the office of House Chairman on NDDC to facilitate the recovering of the monies.

Iheanacho said the money the Commission is seeking its forfeiture to the federal government is the N150 million refunded by Hon Ebomo in favour of the EFCC Recovery Fund Account.

Justice Giwa granted the prayer and directed that the order be published in a national newspaper for persons with interest in the fund to show cause, why the final order of the forfeiture of the funds should not be made in favour of the Federal government.

The third application was in respect of $899,600 belonging to one Abdallah Suleiman, which was forfeited to the federal government.

The money was established to be proceeds of fraudulent activities by the EFCC.

The ex parte application for the forfeiture was moved by counsel representing the EFCC, Ekele Iheanacho, who asserted that the Commission received intelligence bordering on money laundering regarding illicit funds stashed in an apartment, located in Wuse, Abuja.

He said that based on the intelligence, the house was searched and a safe was found that contained the money.

He told the court that investigations revealed that the apartment was secured by a former secretary to the Bauchi State Government, Ibrahim Ahmed Dandija to store his valuables but that all efforts to get him have been futile as he has refused to honour the invitation to explain his connection to the money.

Iheanacho further revealed that one Abdallah Suleiman later came forward to claim the money, stating that he engages in chartering of aircrafts through his company Montes Auri Ltd and that the money was received on behalf of a company.

However, according to the EFCC counsel, investigations in the Federal Airport Authority of Nigeria,FAAN, by the Commission failed to establish Suleiman’s claim.

Justice Giwa granted the prayer sought by the EFCC and directed that the order be published in a national newspaper for persons with interest in the funds sought to be forfeited to appear before the court to show cause why the final order of the forfeiture of the funds should not be made in favour of the Federal government of Nigeria on December 4, 2019.