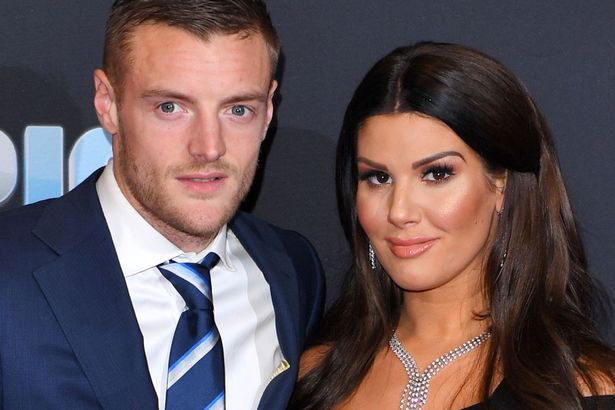 Rebekah Vardy has sent out a defiant message about the strength of her relationship with her husband Jamie.

The couple have been through a difficult time lately but have remained “unbroken”, she says.

The pregnant star and her footballer husband were forced to cut their holiday to Dubai short when she was accused of selling stories on fellow WAG Coleen Rooney, something she denies.

Sending out a strong message, she shared a loved-up picture of herself and her husband, captioning it: “…Unbroken …Unbreakable”.

Coleen and Rebekah have been at loggerheads ever since her accusations.

Coleen was nicknamed Wagatha Christie in the wake of the scandal after unveiling her detective work.

She said she had planted false stories on her private Instagram account and revealed in an epic statement that she’d blocked every account but Rebekah’s from viewing her Stories to test whether or not the information would leak.

And when they did, she told the world what had happened in a bombshell statement that went viral.

Rebekah has vehemently denied leaking stories about Coleen and said in her own statement that she was “disgusted” that she even had to deny it, especially when she’s heavily pregnant.

Becky claimed she has hired a forensic IT expert to prove her innocence and is considering legal action.

But representatives for Coleen say she has irrefutable evidence that the leaks came from Rebekah’s account.