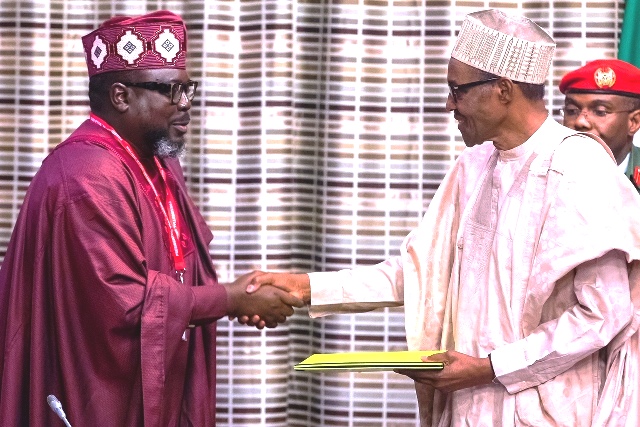 He said this while reacting to the judgment on Thursday in Abuja.

Omole said it was crystal clear from the on-set that the appeal filed by the opposition Peoples Democratic Party (PDP) and its Feb. 23, presidential candidate Atiku Abubakar was baseless.

The Presidential Election Petitions Tribunal had on Sept. 11, affirmed Buhari’s victory at the election.

Not satisfied with the judgment, the PDP and its candidate proceeded to the Supreme Court where a seven-man Justice Panel dismissed the petition for lacking merit while upholding the tribunal’s judgment.

“Nigerians never expected anything less from the Supreme Court, it was crystal clear to the discerning abinitio that the appeal filed by the opposition was frivolous and baseless,” Omole said.

According to him, Nigerians overwhelmingly voted for the APC and its candidates during the election.

“I am not surprised at the appeal dismissal by the Supreme Court,” Omole.

He added that the Buhari-led administration would now settle down to fully concentrate on governance without distractions.

This, he said, was especially so as all contending legal issues had been laid to rest.

“It is time for Nigerians to start enjoying the gains of the confidence reposed on the APC administration,” he said.

Omole described the Supreme Court ruling as a masterstroke which had sent the opposition into oblivion.

He noted that the ruling had made the opposition parties unattractive, urging them to join hands with the APC to build a country habitable country for all.

He congratulated Buhari and Vice President Yemi Osinbajo on their victory, adding that it is a resounding victory for Nigeria, the rule of law and democracy.

“With the affirmation by the Supreme Court, the President and his team can now settle down to start delivering the Next Level promises,” Omole said.

He urged Nigerians both at home and in Diaspora to join hands with the APC administration to build the country in the interest of all.

He said the impact of the administration’s good policies on economy and the array of infrastructural development across the country was already being seen.

Mr Jacob Ogunseye, the chapter’s spokesman advised Nigerians to forget partisan differences, urging them to unite and back the Federal Government to deliver on its promises.

“The economy has picked up, security architecture has got new definition and infrastructure development has been monumental, it is time for us to work towards a better Nigeria.

“Campaigns and elections are over, now is the time for governance to take primacy.

“We remain confident that by the time Buhari’s presidency ends, the country would never be the same again, he would have laid a solid foundation for a new prosperous Nigeria,” he said.