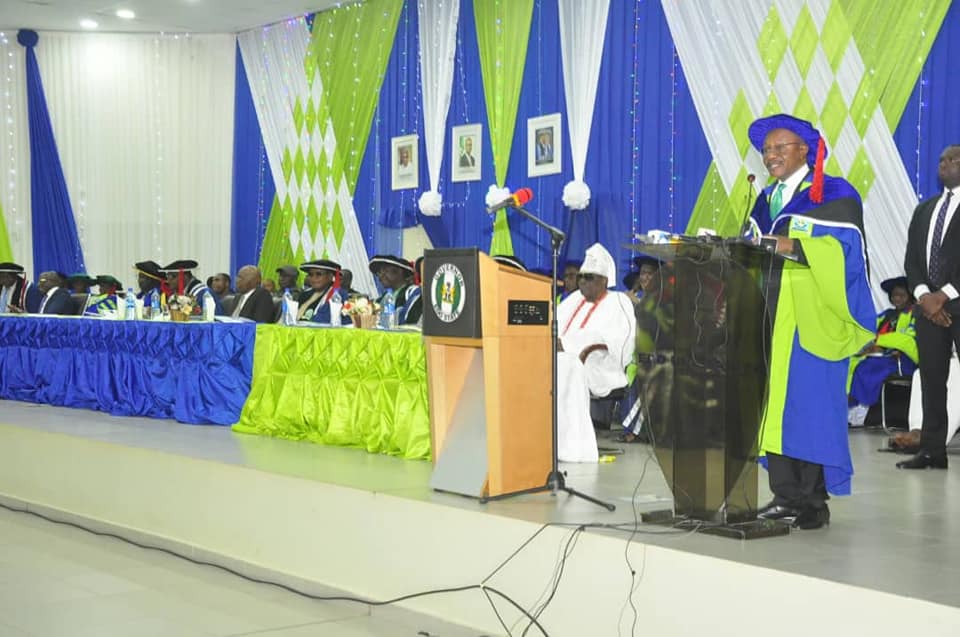 The Central Bank of Nigeria (CBN) governor, Mr Godwin Emefiele has urged the people of Edo and fellow Nigerians to pay attention to the maximum opportunities available in cultivation and processing of palm oil.

According to Emefiele, Edo can generate more than 200,000 jobs and millions of dollars in foreign exchange from supporting cultivation and processing of palm oil.

He made the statement during his speech at the first convocation lecture of Edo State University, Iyamho, Auchi, on Friday.

In his lecture entitled “The Role of Monetary Policy towards Economic Growth in Nigeria”, Emefiele said agriculture was one of the guaranteed ways of growing the economy.

“I am indeed delighted that following our intervention with palm oil producers, over the next few years, annual production of the product in Edo alone will be in the realm of 350,000 metric tons,” he said.

Emefiele noted that Nigeria had large arable land that could be put to good use in the cultivation of not only palm oil but also cotton, cocoa, tomatoes and rice, among others.

“We intend to leverage on unconventional monetary policy tools to improve local production of these commodities, as growth in Nigeria’s agriculture and manufacturing sectors is critical in our efforts to create a diversified wealth base for the country.

“It will also help to insulate our economy from volatility associated with changes in crude oil price,” he said.

Emefiele disclosed that the crude oil price could not rise like before, pointing out that certain factors had been put in place to control the oil prices not to go beyond $100 per barrel.

In his remarks, Gov. Godwin Obaseki lauded Emefiele for the innovative policies put in place by the apex bank to grow the country’s economy.

Obaseki specifically commended the CBN governor for the Anchor Borrowers Programme which, he said, his state had also benefited from.

The event was attended by a former governor of the state and National Chairman of the All Progressives Congress (APC), Adams Oshiomole and the Oba of Lagos, Oba Rilwanu Akiolu, among others.