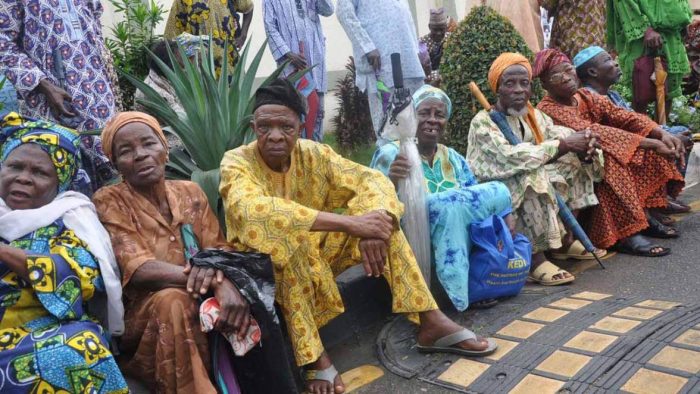 Pensioners in Rivers State have issued a one-week ultimatum to the Governor Nyesom Wike-led Rivers State Government to pay them all entitlements or they would have no option than to embark on a massive protest.

The Pensioners gave this warning on Friday after a meeting at the Rivers State Secretariat.

Spokesman of the Pensioners, Lucky Ati told newsmen that that if by Tuesday, November 5, nothing was done by the State Government to pay them, they would occupy the streets.

Ati lamented that the government had released a budget of over N33 million for pensioners and yet nothing has happened, noting that 4,000 retirees in the state had been suffering with some even dead.

“It is our right, we are not asking anything outside our right, we enter into a pensionable employment that says after 35 years of service or 60 years of age, they are going to pay us gratuity and prompt pension, between now and Tuesday next week, if government does not do anything, we are going back to the streets.”

Other Pensioners who spoke lamented that for five years, they had been owed, saying said out of 4,400 Pensioners, government only paid 800 persons.

They said that over four months after Biometrics was done on Pensioners, no payment had been made to them.