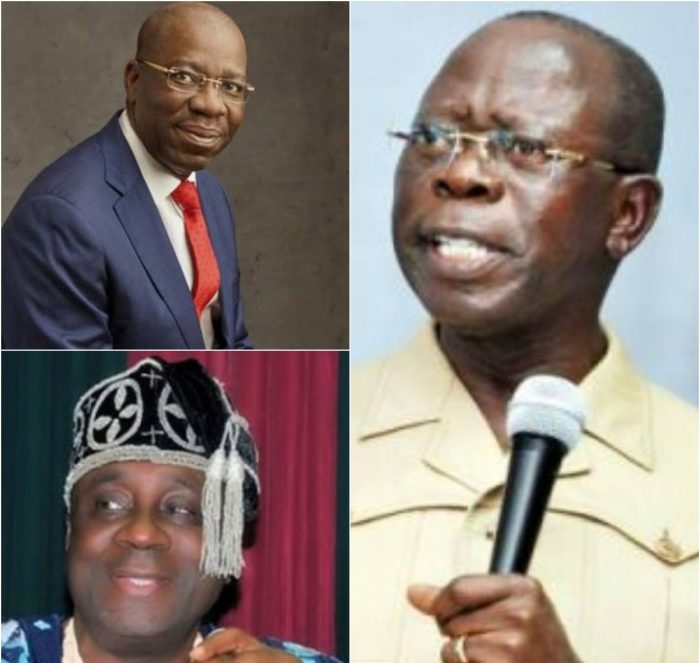 Obaseki, Akiolu and Oshiomhole: who is to be blamed for Iyhamo attack?

They were reportedly attacked while driving into the Iyamho residence of the National Chairman of the All Progressives Congress, APC, Adams Oshiomhole after attending the first convocation ceremony of the Edo University, Iyamho.

At the convocation, Makanjuola was installed Chancellor of the institution.

The Nation quoted police sources as saying that the trio were invited for lunch by Oshiomhole when they were attacked by suspected thugs.

Obaseki and Oshiomhole have been having running battles over who controls the machinery of the APC in Edo State.

Earlier at the convocation, Oshiomhole, had hailed Obaseki for sustaining his development legacies.

According to him, Obaseki had done well in sustaining development of the Edo University Iyamho, as the institution is positioned to become a world-class ivory tower.

Oshiomhole lauded the governor for the choice of a well accomplished Chancellor for the University, noting that Nigeria could be better if emphasis was placed on quality education, stressing that the institution was not established for political motive but to train and nurture future leaders.