Birthday gift: Khafi back on the beat with London Metropolitan Police 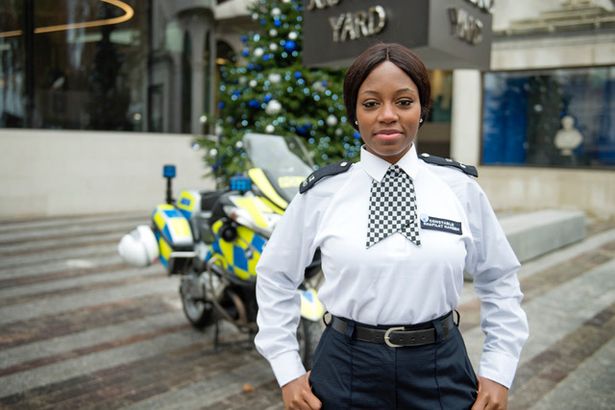 The London Metropolitan Police has reinstated Big Brother Naija housemate Khafi Kareem, who defied her superiors to feature on the reality show.

The Mirror newspaper reported that Khafi, who clocks 30 today said she has been asked to return to work. She returned to the UK two weeks ago and met with her superiors to discuss her conduct.

There were reports she had been a subject of probe by Scotland Yard.

The Mirror of London quoted Khafi as saying she is returning to her beat.

“Work has been really great, we’ve been speaking and communicating, they asked me when I’d be coming back to work,” she said.

“I’m not sure when I’m going to go back yet – I want to get back as soon as possible, I’m passionate about keeping London safer.”

Kareem, 29, had caused outrage among senior officers by appearing on BBN without permission.

The Met confirmed that Kareem had asked for permission to appear on the show but was denied and that she had chosen to accept a place in the house “without authority”.

Top brass at the force were to face further embarrassment when the Londoner was shown appearing to have sex on screen with fellow contestant, Ekpata Gedoni, 31.

Defending her decision to accept the place on the show without a final answer from the Met, Kareem said she tried to get an answer out of her bosses, but they didn’t get back to her.

She said: “I started to ask what the procedure is, what would I do, I thought I might actually get into the show.

“I wanted to do everything by the book even though I didn’t know if I was in the show or not.

“I spoke to as many people as I was told to. I was told to go to my commander; I explained the situation, I told him I wanted time off – three months off of work and the reason was because I might get on Big Brother.”

Addressing her controversial romp under the sheets with Gedoni, Kareem denies they slept together, but confirmed the two are still in a relationship, adding: “We are still together now – I met someone in there and fell in love with him.

“I hope we will be together for a very long time.”

Kareem said she attended an audition for the show in Nigeria in February in order to film content for her YouTube blog, A Cup of Khafi, which has more than 19k subscribers.