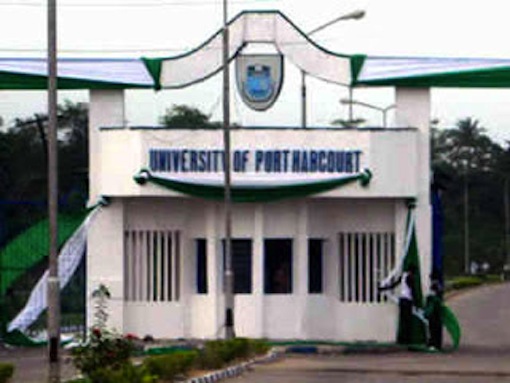 University of Port Harcourt, UNIPORT, has launched its policy against sexual harassment where amorous hugging between lecturers and female students is now an offence with those found guilty punished severely.

The Vice Chancellor of the University, Professor Ndowa E. S. Lale at the launch of the policy ceremony, which held at Ebitime Banigo hall said the University decided to raise the bar on sexual harassment to ensure that the young men and women put in the charge of lecturers are protected, especially from antics of sexual predators who use their privileged positions to blackmail or railroad their unwilling students or subordinate staff into granting them sexual favours.

He said the management of the University in the policy document defined the rules of engagement in terms of the acceptable of engagement between lecturers, administrators and students, including visitors to the university.

Prof Ndowa vowed that sanctions would be meted to earring members of staff but added that there was a robust in built checks and balances to protect those who are innocently accused.

He also warned that any person so accused would be presumed guilty until he or she could prove otherwise under the established rules of fair hearing.

Prof Ndowa also warned that henceforth, lectures and administrators who did not remember to tell their tailors to sew zippers in front of their trousers should be ready to bear the consequences of their amorous liaison with female students.

He warned that the same applied to students who harassed lecturers to award them undeserved grades, saying they should equally be ready to face the music if and when caught in the act of self advertisement to their lecturers.

Also speaking at the ceremony, the 6th Vice Chancellor of UNIPORT, Professor Don M. Baridam attributed sexual harassment on the campus of Nigeria University today to the systemic failure of a few morally depraved lecturers and administrators mindset, who sees women as mere sex objects suitable for their sadistic gratification.