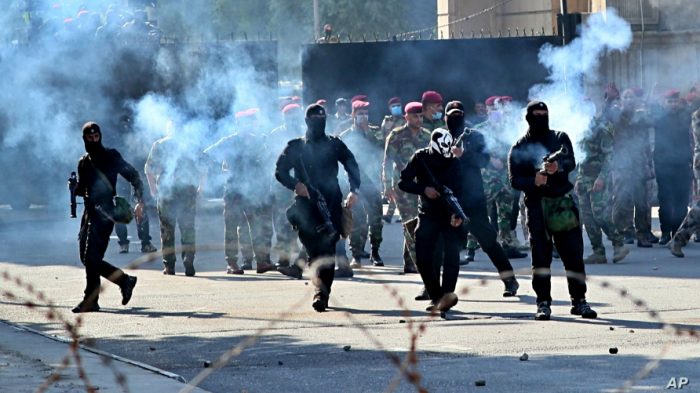 Baghdad protesters under police tear gas. Now the internet has been cut off

Iraqi authorities have denied citizens access to the internet, as the country tries to quell nationwide protests, which began since early October.

Protesters are demanding the ouster of the government, as well as economic reforms, better living conditions, social welfare and an end to corruption.

As rallies grew more violent, the authorities had to declare a curfew and cut Internet access in Baghdad and five other regions at some point.

According to the data from the NetBlocks internet observatory, online “access has been cut across much of Iraq by internet providers as of 21:00 UTC, Monday 4 November 2019 (00:00 Baghdad time 5 November 2019)”.