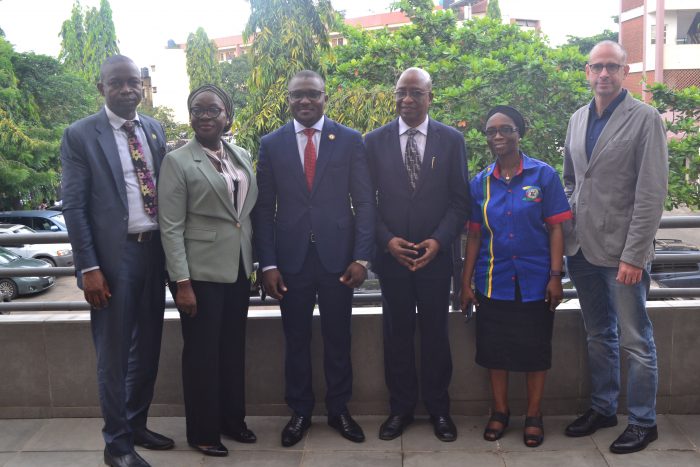 The Lagos State Government has been commended for its efforts and commitment to the implementation of due process in public procurement.

While describing Lagos State as being “far ahead of other States in Nigeria” in public procurement practice, the World Bank team stated that Lagos State is qualified for a grant of $2 million under the Disbursement Linked Indicator of State Fiscal Transparency, Accountability and Sustainability (SFTAS), noting that “the Lagos State Public Procurement Agency is doing a good job”.

Adeniyi urged the State Government to utilize the grant to tackle the challenges being experienced by the agency.

He also enjoined the State Government to step up efforts aimed at enhancing the implementation of e-procurement solution in the State, while stressing the need for the agency to organise relevant training programmes for key stakeholders to enable them understand how the e-procurement process works.

He said he was excited when he saw the first bid published electronically by the Ministry.

In his own remarks, the Washington-based World Bank Senior Procurement Specialist, La Cascia, commended the synergy existing between the Procurement Agency and Ministries, Departments and Agencies of the State Government which he said was making the procurement process work, urging that this should be sustained.

He also expressed delight that the agency had improved its operations and processes significantly from what they were when he first visited the State a few months ago and what they are currently.

The World Bank Procurement Specialist, however, advised the agency to make the procurement plans of Ministries, Departments and Agencies of the State Government public since the utilization of public fund is involved.

Also speaking during a meeting with the World Bank officials at the Conference Room in his Ministry, the Commissioner for Finance in the State, who is also the Chairman of the Governing Board of the Lagos State Public Procurement Agency, Dr. Rabiu Onaolapo Olowo, emphasized the importance of procurement process which he described as central to governance.

The Commissioner also expressed the commitment of the State Government to doing the right thing, adding that due process in procurement process was key to achieving this objective.

Olowo commended the World Bank for its support aimed at enhancing the operations of the Agency.

He also urged procurement officers in the three pilot ministries where four new Modules of e-procurement solution were recently deployed by the Agency – Ministries of Education, Health and Works and Infrastructure- to share their experiences and challenges so that the challenges could be looked into.

While receiving the World Bank officials who visited her office to observe the work-flow of the e-procurement process, the Special Adviser to the State Governor on Works and Infrastructure, Engr. Aramide Adeyoye, expressed delight at the deployment of the e-procurement solution modules to the operation of the Ministry.

Adeyoye stated that her Ministry was in full support of the implementation of the policy, stressing that the procurement process must never be circumvented for any reason.

Earlier, the General Manager of the Lagos State Public Procurement Agency ( PPA ), Mr. Fatai Idowu Onafowote, had briefed the World Bank officials on the activities of the agency while welcoming them to the State.

He stated that the e-registration module was deployed by the agency in April while four additional e-procurement solution modules were deployed on September 1, 2019, to three pilot ministries in the State.

The General Manager also pointed out that since the commencement of the e-procurement process, the agency had been receiving procurement requests from the three pilot ministries and treating such requests digitally, noting that “life is made easier when you automate your operations”.