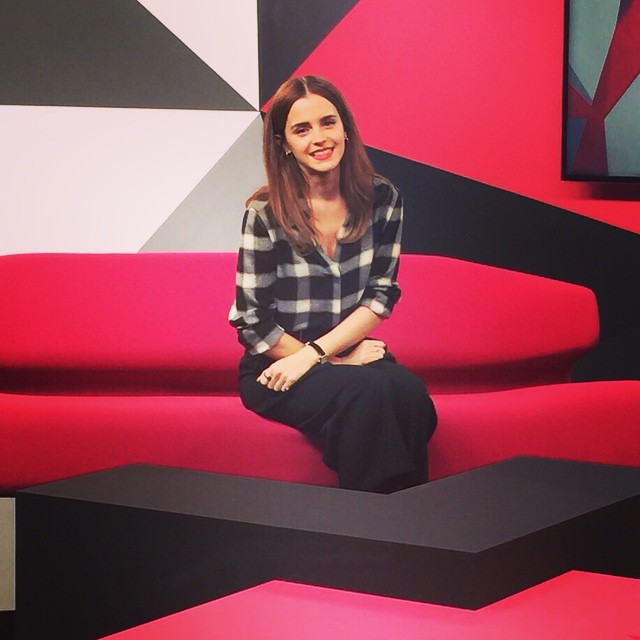 Emma Watson says she felt “stressed and anxious” about turning 30 because of pressures on her personal life.

The actress – whose birthday is in April – says there’s an “influx of subliminal messaging” around about what you should have achieved by that age.

But Emma adds that she’s happy single, calling it “being self-partnered”.

The Harry Potter actress says previously she’d never believed the idea that you could be happy and be single.

“I was like, ‘This is totally spiel’. It took me a long time, but I’m very happy [being single].”

Emma, who’s also an activist and campaigns for women’s rights, says the past year has been “tough” because of the stage of life she’s at.

“I was like, ‘Why does everyone make such a big fuss about turning 30? This is not a big deal’.

“And I realize it’s because there is suddenly this influx of subliminal messaging around.

But it was working with co-stars Laura Dern and Meryl Streep which she says she really enjoyed.

“The three of us knew each other way before we did Little Women,” she told British Vogue for its December issue.

“We met in activist spaces, so we had this allyship and solidarity as activists that had been part of a certain movement before we ever worked together,” BBC reports.

Emma Watson is a UN Women goodwill ambassador and was also part of the launch of the campaign He For She – which fights for gender equality around the world.

As part of that, she interviewed Nobel peace prize winner Malala Yousafzai.

Malala has said that Emma was the reason she identified as a feminist and was no longer doubtful about using the label for herself.