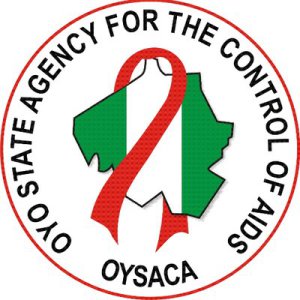 Oyo State Agency for the Control of AIDS (OYSACA)

Gov. Seyi Makinde of Oyo State on Tuesday inaugurated board members of the Oyo State Agency for the Control of AIDS (OYSACA) with his wife, Mrs Tamunominini Makinde, as Chairperson.

Makinde inaugurated the board at the Executive Council Chamber of the governor’s office in Ibadan.

Inaugurated members of the board were drawn from government institutions as well as relevant associations.

Makinde said that dealing with HIV prevalence was of utmost importance to his administration, calling on all relevant stakeholders to support the government in the fight against HIV/AIDS.

“Though there have been lots of antiretroviral drugs, abstinence is still the best way to fight the scourge in our society.

“Our administration is going to be forward-looking. Whatever has happened in the past is gone, we just have to focus more on delivering a better society for our people,” he said.

The governor expressed confidence in newly inaugurated board members, saying they would give their best in the new assignment.

The governor’s wife, who doubles as the OYSACA Chairperson, told newsmen that the board would deliver on its mandate, urging members to embrace teamwork.

“I am very sure that with teamwork, we will get the best results. So, I enjoin other members to embrace this so we can deliver on our mandate excellently,” she said.

Dr Olukayode Ogunkunle, OYSACA Project Manager, said that the state had made good progress in scaling up HIV treatment and prevention services in recent times.

He said that such had impacted positively in the prevalence rate in the state, which was put at 0.9 per cent in the Nigeria HIV/AIDS Indicator and Impact Survey (NAIIS) in 2019.

“The question now is that, are we satisfied with the current situation in the state? The answer I seem to be getting is no. This indicates that we have a lot of work to do.

“The strategic target in Oyo State is 95:95:95. This means 95 per cent of all people living with HIV in Oyo State will know their HIV status.

Ogunkunle urged all stakeholders including the newly inaugurated board members to join hands towards achieving success in the enormous tasks ahead.