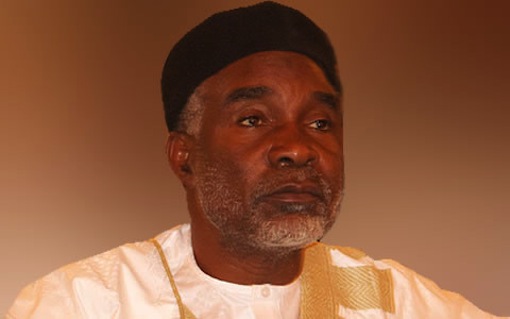 Justice Okon Abang had, on Oct. 30, granted the EFCC’s prayer to allow it take the evidence of Arithimni, who presently resides in the United Kingdom (UK), through video link in accordance to Section 232(3) of ACJA, following its counsel, Rotimi Jacobs’ argument.

The EFCC, charged the former governor and his son, Sen. Abdulaziz Nyako, along with others, with N40 billion fraud.

Jacobs, SAN, had told the court that Arithimni, who was Secretary to Adamawa State Government during Nyako’s administration, sent a medical report that he could not come to Nigeria on medical advice.

He said all efforts made by the anti-graft agency were unsuccessful.

At a resumed trial on Tuesday, Arithimni, who gave his evidence via video coverage, apologised to the court for being unable to come to the country to testify.

“I am a Christian and I am in London, receiving treatment,” he said.

He told the court that he was a commissioner in the Ministry of Rural Infrastructure, Adamawa, in 2007.

“My duty was to coordinate the activities of the state government between ministries, parastatals and departments (MDAs) and to see to day-to-day smooth running of government,” he said.

Arithimni said he endorsed memos generated by permanent secretaries as regards funds before the governor’s office approved them.

“After the approval by the governor, the memos are brought back to my office and straight to the permanent secretary that generated the memo.

According to him, funds are raised after the voucher has been released by the accountant.

He said he knew one Maaji Iro, a manager of Zenith Bank, Yola Branch, who was also listed as a witness.

Arithimni, who told the court that it was the governor who approved the memos for funds, said cheques were issued to Iro.

He, however, said that he had at one time cautioned the permanent secretaries against given Iro chews without a copy of the approval of the memos.

“It is uncivil service like and to guide them, I told them that on no account should they give or issue cheques to Maaji Iro without a copy of the approval of the memos to serve as evidence that approvals were given,” he said.

The witness also told the court that Maaji Iro collected the cheques but did not give him the cash.

He said security outfit in the state were also given monthly allowance through the office of the permanent secretary on security, besides the inter-religious bodies.

In cross-examination, counsel to the 1st, 2nd, 4th, 6th, 7th and 8th defendants, Ibrahim Isiyaku, SAN, asked if Arithimni recommended the release of the funds in respect of which the expenditures were to be incurred and he did not object.

“Your only problem now is that the money was not brought back to you right?,” Isiyaku asked Arithimni but he gave no response.

The lawyer noted that the witness told the court that Iro was a banker and had no role to play in Adamawa government.

He, however, asked the witness if he would be right to say that Iro manages the account of Adamawa State government in Zenith Bank and he concurred to Isiyaku’s statement.

On his part, counsel to the 3rd defendant, Yakubu Maikyau, SAN, asked Arithimni if he knew one Ibrahim Emmanuel and the witness responded that he was a permanent secretary, political department, under his office.

Counsel to the 5th defendant, Olumide Olujinmi, only wished the witness quick recovery in London.

Speaking, prosecution counsel, Jacobs, told Justice Abang that he was sure that he would be closing his case in the next adjourned date.

“I do not want to formally announce that I am closing my case today but I am 99 percent sure that I will close it in the next adjourned date,” he said.

When lawyer Isiyaku called the attention of the judge to some motions they slated for hearing, Justice Abang said he would take them in the next adjourned date.

According to the judge, I will take all pending applications filed by counsel on Nov. 6.

Justice Abang, however, adjourned till Nov. 13 for the continuation of hearing based on the parties’ agreement.

The former governor and his son, alongside others, were arraigned on a 37-count charge bordering on money laundering allegedly perpetrated while Nyako was Adamawa governor.

Others who were arraigned along with them were Zulkifik Abba and Abubakar Aliyu.

Firms allegedly used to perpetrate the fraud which were joined as the 5th to the 9th defendants were Blue Opal Ltd, Pagoda Fortunes Ltd, Tower Assets Management Ltd, and Crust Energy Ltd.