Savagery: 3 women, 6 kids of US Mormon family massacred in Mexico 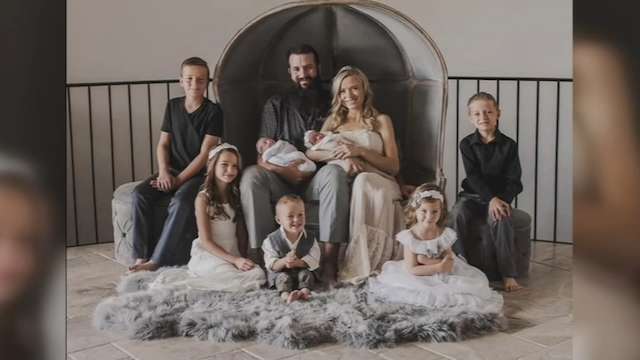 At least three women and six children, members of the American LeBaron Mormon family were killed on Monday when their vehicles were ambushed in northern Mexico by gunmen believed to be members of organized crime.

The brutal killings shocked both the US and Mexico.

The slain members of the LeBarón family, with dual Mexican and American citizenship have lived in a fundamentalist Mormon community in the border region for decades.

They were traveling in three separate vehicles when the gunmen attacked.

According to New York Times, family members described a terrifying scene in which one child was gunned down while running away, while others were trapped inside a burning car.

Two of the children killed were less than a year old, the family members said. Kenny LeBarón, a cousin of the women driving the vehicles, said in a telephone interview that he feared the death toll could grow higher.

“When you know there are babies tied in a car seat that are burning because of some twisted evil that’s in this world,” Mr. LeBarón said, “it’s just hard to cope with that.”

Mexico has suffered a string of violent episodes in the last month, each as devastating and infuriating for citizens as the last.

But Monday’s brutal killings seem to have hit a new low, with infants, children and their mothers murdered in broad daylight. It threatened to become a galvanizing moment for citizens fed up with the endless bloodshed and the government’s inability to do much about it.

President Trump offered on Tuesday via Twitter to help Mexico eradicate the cartels. “This is the time for Mexico, with the help of the United States, to wage WAR on the drug cartels and wipe them off the face of the earth. We merely await a call from your great new president!” he tweeted. “The cartels have become so large and powerful that you sometimes need an army to defeat an army!”

Details of the attack remained murky early Tuesday, as state and local authorities struggled to determine the extent of the violence, and how exactly it unfolded.

It was unclear whether the attackers intentionally targeted the family, which has historically spoken out about the criminal groups that plague the northern border states of Sonora and Chihuahua, or whether it was a case of mistaken identity.

Claudia Pavlovich Arellano, the governor of the state of Sonora, said that she would do everything in her power to ensure that the “monsters” who carried out the attacks did not go unpunished.

“As a mother, I feel anger, revulsion and a profound pain for the cowardly acts in the mountains between Sonora and Chihuahua,” she wrote on Twitter.

Julian LeBarón, a cousin of the three women who were driving the vehicles, said in a telephone interview from Bavispe, Mexico, that the women and their children had been traveling from the state of Sonora to the state of Chihuahua.

His cousin Rhonita was traveling to Phoenix to pick up her husband, who works in North Dakota and was returning to celebrate the couple’s wedding anniversary. Her car broke down, Mr. LeBarón said, and the gunmen “opened fire on Rhonita and torched her car.”

She was killed, along with an 11-year-old boy, a 9-year-old girl and twins who were less than a year old, he said.

Family members said several children were rescued, some having hidden by the roadside to escape the attackers.

One of the women even got out of her car, Mr. LeBarón said, and put up her hands. “They shot her point blank in the chest,” he said.

“Six little kids were killed, and seven made it out alive,” Mr. LeBarón said.

The women had married men from La Mora, which is in the municipality of Bavispe in Sonora. The surviving children were being taken by helicopter from Bavispe, the town closest to the La Mora community, to a hospital, he said.

He expressed bewilderment over what could have precipitated the attack. “They intentionally murdered those people,” Mr. LeBarón said. “We don’t know what their motives were.”

One of the women even got out of her car, Mr. LeBarón said, and put up her hands. “They shot her point blank in the chest,” he said.

Mr. LeBarón said the family had not received any threats, other than general warnings not to travel to Chihuahua, where they typically went to buy groceries and fuel.

It was not immediately clear if their religious beliefs were a factor in their deaths.

The massacre came a decade after two other members of the LeBarón family were kidnapped and murdered after they confronted the drug gangs that exercise de facto control over the empty endless spaces of the borderlands south of Arizona.

A family member and other Mormons settled a town in Mexico in the 1940s; many of its residents speak English and have dual citizenship.