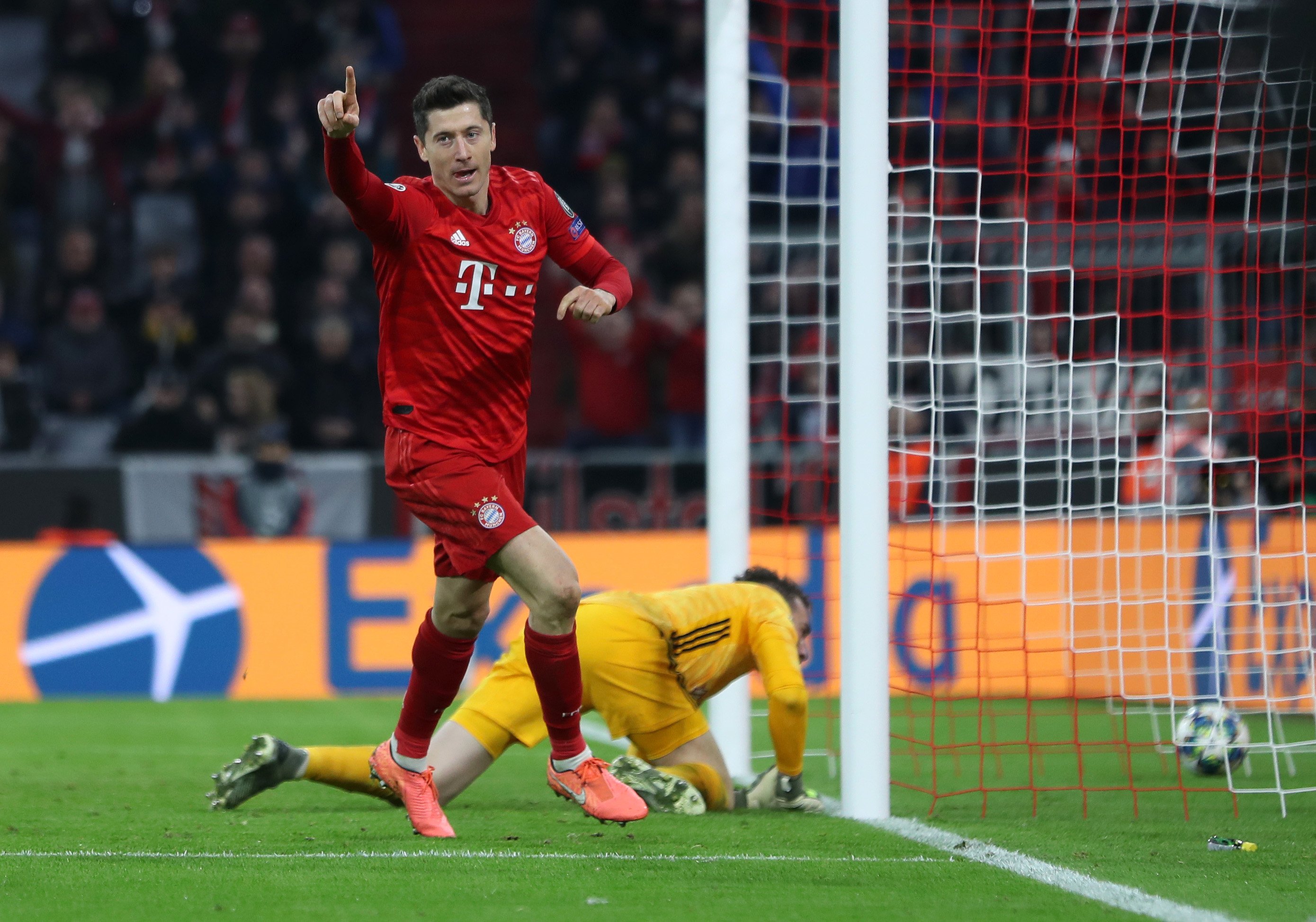 Bayern Munich clinched their place in the Champions League last 16 by beating Olympiakos 2-0 at home on Wednesday thanks to second-half strikes from Robert Lewandowski and Ivan Perisic.

Playing their first game since coach Niko Kovac was sacked after the humiliating 5-1 drubbing at Eintracht Frankfurt, Bayern out-played the Greek champions and Lewandowski finally broke the deadlock in the 69th minute.

The Polish striker prodded home a cross from Kingsley Coman from close range to score his 20th goal of the season in all competitions.

Robert Lewandowski has now scored in every Champions League and Bundesliga game this season for Bayern (20 goals, 14 games)

He thus set interim boss Hansi Flick on the way to victory in his first game since being put in temporary charge.

Croatian winger Perisic slammed the ball home with his first touch less than 60 seconds after coming off the bench to seal the win.

Bayern top Group B with 12 points from four games and will be confirmed as group winners if Red Star Belgrade’s match with Tottenham Hotspur later on Wednesday ends in a draw.