Rivers Govt will continue to invest in Infrastructure - Wike 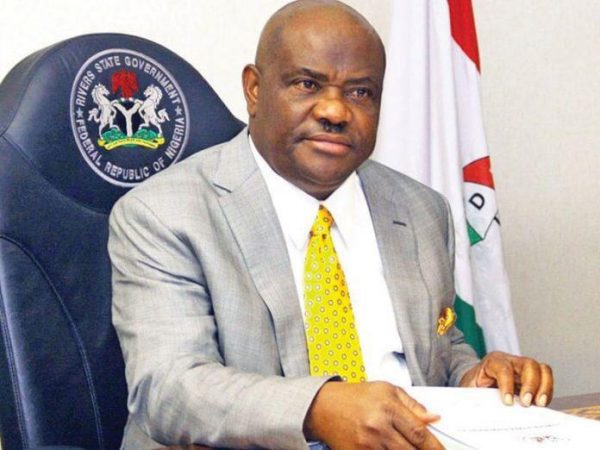 Rivers State Governor, Nyesom Ezenwo Wike has stated that the State Government will continue to invest in the development of infrastructure to grow the state’s economy and create employment for the people.

Governor Wike also said that the State Government will sustain the creation of an enabling environment to attract more investments to the state.

He spoke on Tuesday in Port Harcourt during the Maiden NLNG DLPG Delivery to Stockgap Terminal.

He said: “We will continue to develop infrastructure in the state to grow the state’s economy and attract more investors to the State.

“Rivers State is the best place for investors to come. There is always a return on investment in the state.”

Governor Wike commended the Chairman of Stockgap for investing in the state. He expressed happiness for the major investment that will positively improve the state.

“I am happy with this investment. We will reconstruct the road leading to this facility as an encouragement to the investor.

“This facility will create employment and develop the economy of the area. We need to support investors for the good of the society”, he said.

While thanking the NLNG for their role in the development of the state, he wondered why the Federal Government is yet to pay its counterpart fund for the construction of Bonny-Bodo Road.

On the dredging of the Bonny River Channel, Governor Wike berated the Nigerian Ports Authority (NPA) for refusing to invest in Rivers State.

“NPA is willing to collect levies and charges in Rivers State, but they refuse to dredge River Channels in the state and make the right investments.

“We have NPA Port in Port Harcourt and Onne Port. They killed them, yet they are building a new port in Lagos “, he said.

In a remark, the Managing Director of NLNG, Mr Tony Attah described the event as memorable as it will promote access to LPG to people of Rivers State and the Niger Delta.

He said: “Before LPG is produced in Bonny, shipped to Apapa and transported to Port Harcourt via trucks. That is why we say today is a memorable day.”

He said that with the Transportation of LPG from Bonny to Port Harcourt, the state will benefit in the areas of foreign exchange and positive impact on the lives of the people.

Attah noted that the NLNG remains committed to providing cleaner sources of LPG to the people, in order to improve their health.

He said that the NLNG is proud to be associated with the Rivers State Government for the development of the State and the Niger Delta.

Chairman of Stockgap Group, Obiamarije Stanley said that Rivers State is a viable destination for investment.

He said that the facility will promote employment and the use of LPG by families.

He thanked the Rivers State Government for creating the enabling environment for businesses to thrive.