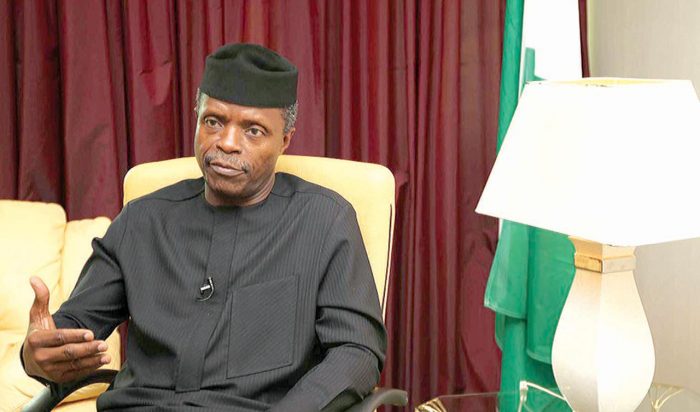 Multiple eyewitness reports have dismissed claims that by some news medium that the photojournalist of Vanguard Newspaper, Yomi Adeshida, was beaten by security aides of Vice President Yemi Osinbajo.

A guest who asked not be named at the Nigerian Diaspora Investment Summit which held at The Statehouse Banquet Centre on Thursday said she was surprised by reports that the journalist was beaten.

The guest said it was far from the truth, demanding that journalists hold their profession with high esteem. “Honestly, I was surprised to read this story, it is very false. If he was beaten black and blue as he claimed in the report where are the pictures, during or even after the beating? This is ridiculous,” she said.

A security aide who intervened in the dispute said no one was beaten. “What happened was that he was trying to breach protocol, getting very close to the dignitaries.

“At that point, he was told to please step back a little but he kept coming close. One of aides now had to push him back so he does not collide with the dignitaries at the event.

He added that immediately the security aide pushed him back, others intervened. “I personally intervened and apologized on behalf of my colleague. To say he was beaten is a lie. He wasn’t at all.”

Attempts to reach the spokesperson to the Vice President as at the time of this report proved abortive as his line was not connecting.