Pastor Omoregie to Lyon court: May God kill me if a girl has worked for me 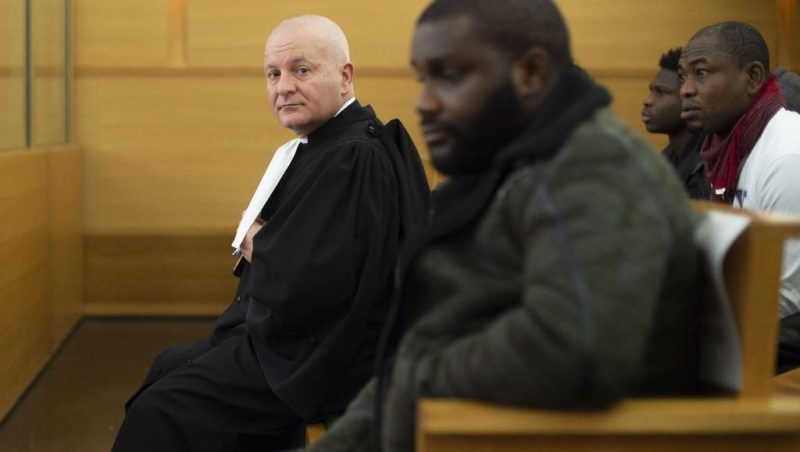 Some of the Nigerians who stood trial in Lyon

Pastor Stanley Omoregie, 35, clean shaven and wearing a small goatee under his chin stayed perfectly straight in his boots facing the pressing questions of the president of the Lyon court on Wednesday.

He said he just wanted to help the people in his community.

In a good French, which he considers to be the fruit of a successful integration, he denied the accusation of being involved in running a prostitution racket and trafficking of young girls from Nigeria to Europe.

However, from his first answers, doubts emerged. He admitted that he rented apartments to young Nigerian women, but he never suspected that they were prostitutes, teller.com reported

“What do you think these women were doing to pay you rents of several hundred euros a month, without working, since they had no residence permit?”, the court president asked.

Stanley Omoregie replied that he wanted to be of service, without trying to find out where the money came from.

More troubling still, this text in which he asked an unknown number to send him ” the best “, ” those who are mature and have beautiful bodies .” Again, Stanley Omoregie remained vague but ended up acknowledging, lip service, that he heard that some girls he was serving prostituted themselves.

Finally, in front of the court, he said, ” May God kill me now if a girl has worked for me. ”

What is surprising in this trial is that of the 22 defendants present, almost half are women. They are all Nigerian, mostly under 35 years old, and suspected of being the “mamas” of the network, in other words pimps.

The men present are also relatively young, with the exception of the only French suspected of being involved in this network. Sixty years old, he was the mechanic who repaired the vans of the prostitutes and took advantage of their services.

More generally, among these 22 defendants, 11 appear in pre-trial detention in the defendants’ box and 11 are free under judicial supervision.

Almost all said they are unemployed and live on social benefits such as family allowance or asylum seeker’s allowance. Some also confessed moonlighting to survive, but never for more than a few hundred euros a month. Moreover, before this case, almost no defendant had been sentenced by the courts.

They each risk ten years in prison for crimes ranging from pimping to human trafficking.