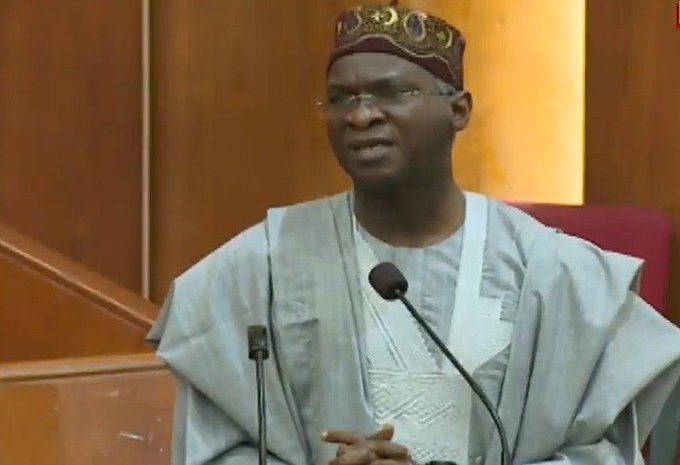 A member of the House of Representatives from Osun State, Bamidele Salam, has tackled Minister of Works and Housing, Babatunde Raji Fashola over his recent comment on the state of Nigerian roads.

Fashola, who was a former Governor of Lagos State in a recent interview, had insisted that Nigerians roads are not as bad as being portrayed.

In his reaction, Salam, a lawmaker representing Ede North/Ede South/Egbedore/Ejigbo Federal Constituency Osun State said such statement intrinsically indicates lack of sensitivity on the part of public office holders to the plights of the people and reality of their socioeconomic status.

He added that there is an urgent need for public office holders to get familiar with the level of frustration and psychological trauma Nigerians are going through on daily basis as a result of the deplorable conditions of roads across the nation.

Salam said “I found this statement, which had been repeated by the Hon. Minister at least on two previous occasions as a clear indication that some of us in public offices are not at all in tune with the horrendous realities of our fellow citizens’ daily experience.

“As a Member of the House of Representatives Committee on Works, I will be throwing a road travel challenge to the Hon Minister and all Persons concerned to avoid air travel for all local trips in the next 90 days.

“If we will agree to this challenge, we may come back with a better appreciation of the true state of our road infrastructure and the desperate things we need to do to save our economy from further disruptions as a result of the burgeoning crisis in the road transportation sector.

“This 90-days Road Travel Challenge will hopefully elicit reactions from relevant stakeholders, while Nigerians hope to get some succour in the coming days”.

In the same vein, former aviation minister, Femi Fani-Kayode, described Fashola as a shallow, limited, overrated Minister who is only loyal to his own ambition.

In a tweet, Fani-Kayode wrote: “Nigerian roads are not that bad – Tunde Fashola.

"Nigerian roads are not that bad"- Tunde Fashola.

I have always believed that Tunde is shallow, limited, intellectually dishonest, overrated, loyal only to his own ambition and not too bright. He also has a big chip on his shoulder. With these words he has proved it.