Dangote set to pump $2b in phosphate mining in Togo 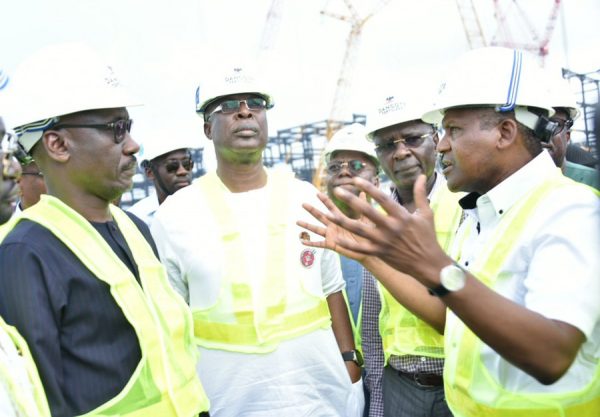 Dangote Industries will invest in a $2 billion phosphate project in Togo, positioning itself to become a main supplier of fertilizer in West Africa.

The company controlled by Nigerian billionaire Aliko Dangote will mine an estimated 2 billion tons of phosphate in Togo for processing as much as 1 million tons of fertilizer a year at the petro-chemical complex in Lekki Lagos, according to a joint statement by the company and the Togolese presidency.

Ammonia is a key ingredient in the production of phosphate fertilizer.

Nigeria accounts for as much as 50% of harvested land in West Africa, making it a top market for fertilizer consumption growth, according to London-based commodities consultancy CRU.

Dangote is also planning to build a cement plant with an annual capacity of 1.5 million tons in the Togolese capital of Lome, according to the statement.

The $60 million facility is scheduled to start operating by the end of next year, using clinker from Togo and Nigeria.