Fayemi was not denied US Visa, says NGF 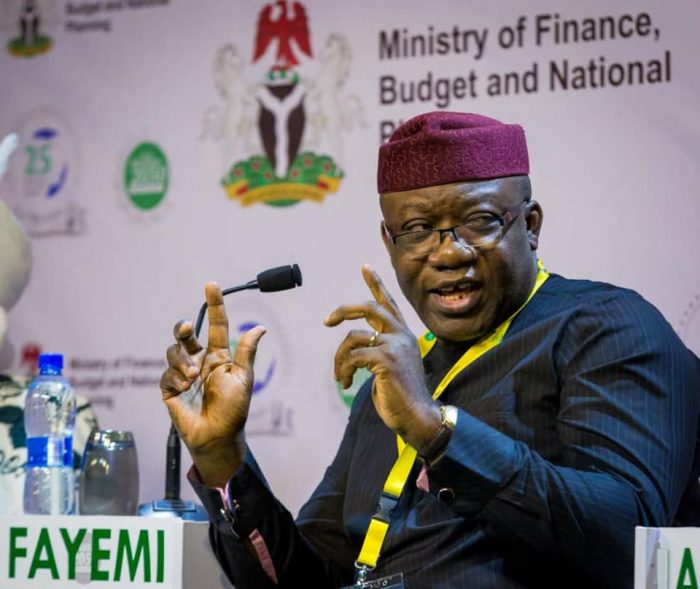 The Nigeria Governors’ Forum (NGF) has said that its Chairman and Governor of Ekiti State, Dr Kayode Fayemi, was not denied U.S. entry visa.

The forum made the clarification in a statement issued by its Head of Media and Public Affairs, Mr Abdulrazaque Bello-Barkindo, on Saturday night in Abuja.

Bello-Barkindo said that Fayemi rather retrieved his passport when the American Embassy indicated that the visa might not be ready by Friday, because he had a crucial engagement on Monday in South Africa.

The spokesman made the clarification while reacting to a report that Fayemi was denied U.S. Entry Visa making the NGF to cancel trip to Meet Bill Gates.

“The NGF wishes to correct the mischievous report of 247Ureport on the United States’ visa application of its Chairman and Governor of Ekiti State, Dr Kayode Fayemi.

“Fayemi, like every other Nigerian citizen intending to visit the U.S., applied for a visa, attended his interview and was requested to pay the statutory visa acceptance fee by the U.S. Consulate.

“The Governor’s visa application was not denied.

“Anyone conversant with U.S. Visa application procedure knows that applicants are now routinely taken through administrative processing before visas are issued.

“When the American Embassy indicated that the visa may not be ready by Friday, Nov. 8, Fayemi retrieved his passport because of a crucial speaking engagement at the AfDB Africa Investment Forum in South Africa on Monday, Nov. 11.

“It is imperative to mention here that the NGF Chairman, Fayemi, only just returned from the U.S. where he attended the United Nation’s General Assembly where the NGF organised a high-level side meeting on the 27th of September 2019,” he said.

Bello-Barkindo, however, cautioned journalists on the rush to print, as blatant mischief, laden with glaring untruths, adding that such can drag the journalism profession to disrepute.

“Knowing Fayemi, it is virtually impossible to associate him with the uncouth behaviour that 247Ureports dramatised.”

Bello-Barkindo explained that the trip to the United States was at the instance of the Dangote Foundation in concert with the Bill and Melinda Gates Foundation and it was on course.

According to him, the Aliko Dangote Foundation and the Bill and Melinda Gates Foundation have partnered for years on several global health and development initiatives in Nigeria.

It noted that in partnership with the NGF, the two foundations were hosting a group of executive governors in Seattle to discuss how to expand support of routine immunisation and polio eradication efforts.

“This is to help strengthen Nigeria’s primary health care system and the Human Capital Development agenda.

“The visit is expected to foster a deeper understanding of the State Government’s development priorities within the context of the Human Capital Development framework.

“The visit is also expected to harvest perspectives to better inform joint strategies for greater impact and progress in meeting the 2030 Sustainable Development Goals (SDGs),” he added.