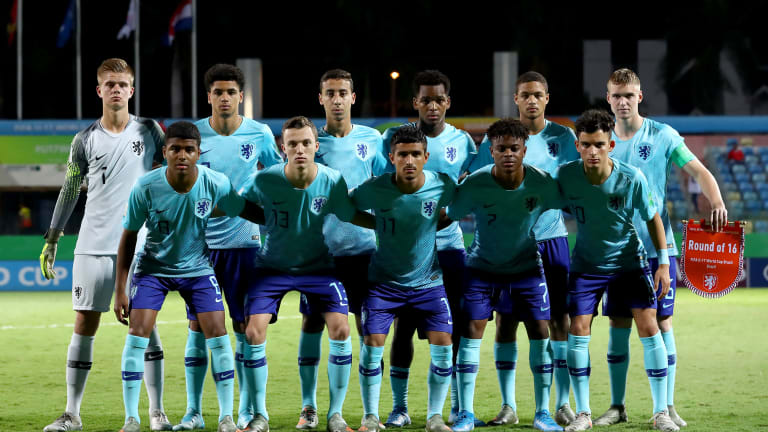 Netherlands have booked a semi-final spot in the FIFA U-17 World Cup tournament in Brazil, defeating Paraguay 4-1 on Sunday.

Paraguay’s consolation goal was scored in the dying seconds of the first half by Diego Duarte.

The match at Estádio Kléber Andrade, Vitoria, was the first time the two countries met at the world cup at this level.

Netherlands dominated the match from the blast of the whistle, having 60% of possession and 27 goal attempts, compared 15 by Paraguay.

The Dutch will next meet on 14 November Mexico, who beat Korea Republic 1-0.