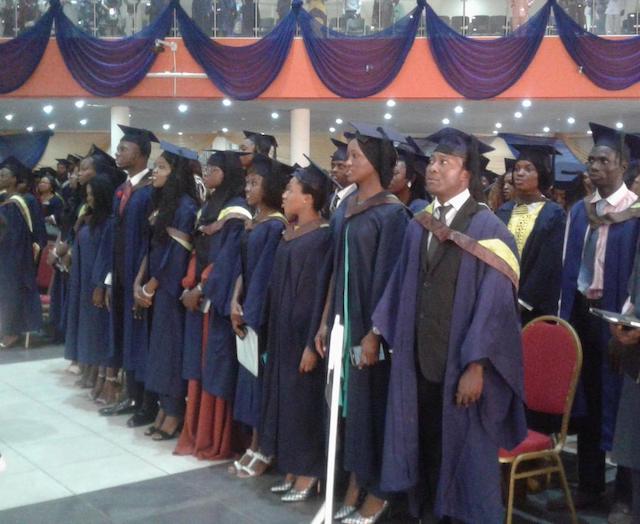 A total of 241 students have graduated with First Class honours from Nigeria’s oldest citadel of learning, University of Ibadan (UI).

The students stand out from the 7,430 others churned out by the school at the 2019 Convocation ceremony which began on Tuesday.

The Foundation Day of the school will be Sunday where students who bag Ph.D will be churned out.

Professor Abel Olayinka, UI’s Vice Chancellor reveals on Tuesday that the Faculty of Science has the highest number of First Class at 46, followed by the Faculty of Agriculture and Forestry with 38 and the Faculty of Technology with 27.

Pointing out that the First Degree graduates from the other faculties, the Distance Learning Centre and the Affiliated Institutions would convoke on Wednesday, he said, “A further breakdown of the graduating list shows that 3.38 percent and 27.61 percent of our students finished with First Class and Second Class Upper (Division) Honours, respectively. A special recognition must be given to one of our students who finished with a perfect Cumulative Grade Point Average of 7.0. She is Ofure Mary Ebhomielen of the Department of Computer Science”.

Female students who made First Class outnumbered their male counterpart, which is a yearly recurring decimal.

Giving account of his stewardship, Olayinka disclosed that the Senate, at its regular meeting of May 22, 2019, approved the establishment of a new Faculty of Multi-Disciplinary Studies and appointed a world-acclaimed scholar in Peace and Strategic Studies, Professor Isaac Olawale Albert as the pioneer Dean.