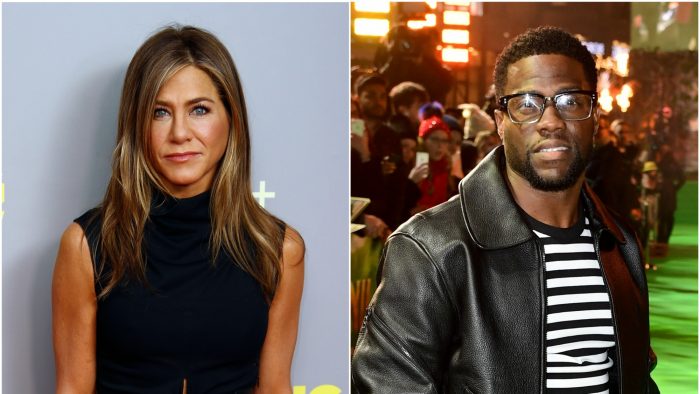 US comedian Kevin Hart has thanked his family for stepping “up to the plate” during his first public appearance since a car crash left him seriously injured.

The Hollywood actor, 40, took to the stage at the People’s Choice Awards on Sunday to accept the gong for comedy act for his Netflix special, Irresponsible.

Hart, who was also tapped for a comedy movie star, was a passenger in a vintage muscle car when the driver lost control, sped down an embankment and slammed into a tree near Malibu in September.

He told the audience: “First and foremost, thank God because I definitely don’t have to be here.

“I want to think my wife and kids, who really stepped up to the plate for me.”

Jennifer Aniston, 50, who is starring in Apple TV+ series The Morning Show alongside Reese Witherspoon and Steve Carell, was honored with the people’s icon prize. According to Independent.ie.

The prize, which was announced in advance of the event, marks a career of memorable roles.

More than a billion votes were cast to decide the 2019 winners of the People’s Choice Awards, held in Los Angeles.

Robert Downey Jr opened the night by honoring stand-up comedian Hart, who has starred in such films as Ride Along, Get Hard and The Upside.

Marvel’s Avengers: Endgame, which earlier this year became the highest-grossing film ever, raking in 2.79 billion US dollars (£2.3 billion) at the global box office, earned the coveted movie gong.

Downey Jr, who appeared in the blockbuster as Tony Stark (Iron Man), earned the male movie star prize for his turn in the film.

US actress and singer Zendaya was awarded the prize for female movie star for her performance in Spider-Man: Far From Home.

Gwen Stefani took home the fashion icon award for her work in music and as a designer.

Popstar P!nk was named the people’s champion for her charitable work, which includes donations to organizations including Autism Speak and the Human Rights Campaign.