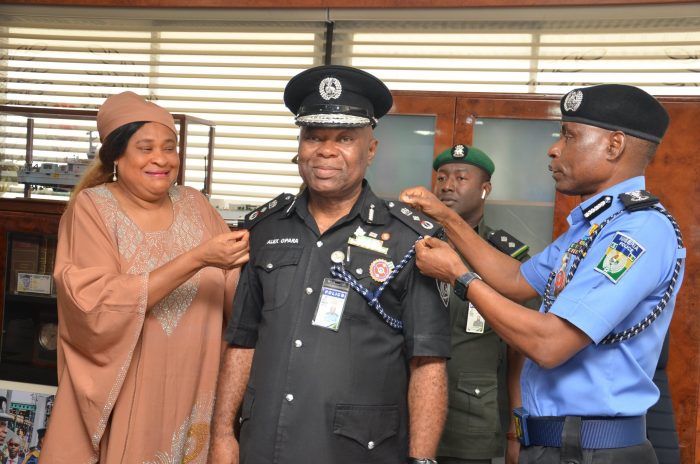 Inspector General of Police Mohammed Adamu has reminded policemen and officers about the complexity of crimes and why policing must also have a paradigm shift.

He was speaking today at the event in Abuja to decorate thirteen newly promoted Assistant Inspectors General of Police,

Adamu told the officers that modern policing is no longer driven by application of brute force, but the deployment of intellect, respect for extant laws, civility to citizens, knowledge, and sound professional judgement.

He recalled the challenges such as banditry, kidnapping, armed robbery, cybercrime and cultism, that he met when he was appointed the boss of the Nigerian Police Force.

He claimed that the engagement of community-driven, intelligence-led and technology-guided policing strategies as well as the renewed commitment of personnel of the Nigeria Police to their mandates have combined to engender a drastic reduction in these crimes across the country.

He described the new officers as seasoned, the finest, who have demonstrated professional excellence to earn their promotion.

“I hold the firm conviction that these newly promoted officers represent some of the finest officers in the Nigeria Police and are the right sets of officers to support me in the advancement of my leadership thrust. I have no doubt that they shall support us in our determination to alter the narratives of the Nigeria Police for good”, Adamu added.