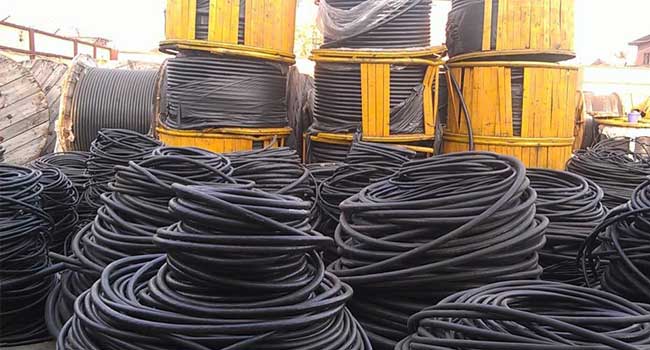 A Lagos businessman, Ifeanyi Okoli, alleged to have imported into Nigeria 120,000 brands of substandard electric cables in 13 containers have been arraigned before a Federal High Court sitting in Lagos south west Nigeria by Standards Organisation of Nigeria (SON) on a three-count criminal charge of conspiracy and importation of substandard goods.

Arraigned along side Okoli’s is a limited liability company Natures Breeze Ltd.

It was alleged that Ifeanyi Okoli, 34, of 5, Igbeyin Adun Street, Shibiri, Lagos, arid Natures Breeze of the same address, committed the offence on or about October 31, 2019 and at the company’s warehouse.

The Prosecution counsel, said the two defendants conspired to import “about 120,000 different brands of substandard electric cables in 13 containers which did not comply with the Standards Organisation of Nigeria Mandatory Industrial Standard before importation”.

The offences, alleged to have been committed by the two defendants contravened Section 516 of the Criminal Code Act, 2004.

Okoli and the company, however, pleaded not guilty to the charge.

The presiding Judge Justice Nicholas Oweibo, while adjourning till February 27,2019 for trial to commence, ordered the defendant to be remanded in police custody while his counsel filed his bail application