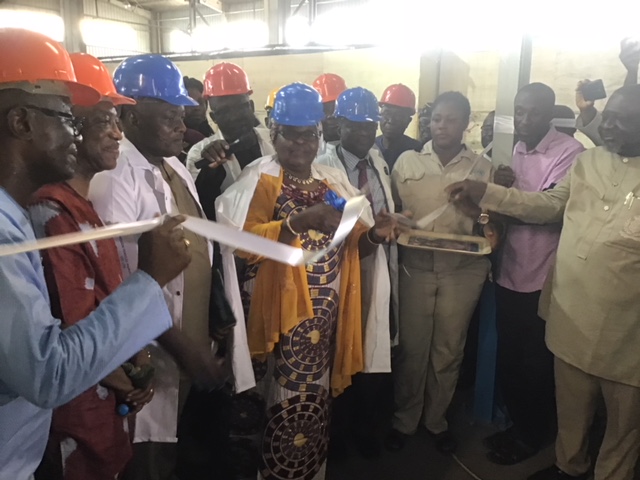 She said: “I want to advise Nigerians, including state and federal governments, to massively patronise Innoson vehicles.

“The kind of vehicles manufactured here can march any vehicle produced anywhere in the world and I am elated to be part of this history-making venture.”

Iya-Aliyu opined that supporting indigenous businesses, such as IVM, had the potential to create jobs and reduce unemployment.

She said that the growth of indigenous businesses could also improve the nation’s Gross Domestic Product and fast-track industrialization.

According to her, the nation’s quest to develop the private sector can only be realised, if Nigerians support made-in-Nigeria products.

She further called on government at all levels to provide a conducive environment for indigenous businesses to flourish.

The NACCIMA boss announced at the event that Chief Innocent Chukwuma, the Chairman of IVM, had been named the chairman of the chamber’s automobile committee.

She said that with the new assignment, Chukwuma and his new committee, “are now in-charge of certifying vehicles imported into Nigeria.”

She expressed the confidence that the new plant would boost the company’s production capacity.

In a speech, Chukwuma said the plant had the capacity to produce up to 15 vehicles daily and more than 5,450 annually.

He said, “A major benefit of this new plant is that it will reduce production cost, especially for buses in the country.”

He said that his firm planned to replicate the success of the bus production on SUV, MPV and Sedans production lines.

“Our target is to ensure that an average Nigerian can afford a brand new car,” Chukwuma said.

The event was attended by national and state officials of NACCIMA.

The IVM Nnewi, which was inaugurated on Oct. 15, 2010, by former President Goodluck Jonathan, now has three automated plants at Umudim and Nnewi, both in Anambra.