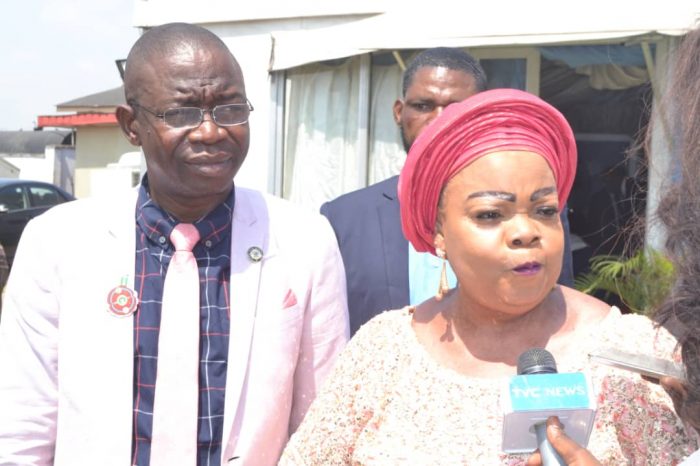 The Lagos State Commissioner for Local Governments and Community Affairs, Mrs.  Yetunde Arobieke, has admonished public officials working in the 57 Local Governments/Local Council Development Areas of the State to  rise above the traditional constraints and old ways of doing things and begin to think globally, but act locally to facilitate the achievement of the developmental agenda and blueprint of the State Government in all sectors of the State’s economy.

Arobieke commended the management of the Lagos State Public Procurement Agency for organising the advocacy programme, noting that the programme was designed to equip participants with the requisite knowledge and skills in procurement and contract management required for the implementation of projects and procurement of goods and services.

The Commissioner further noted that the establishment of the Agency by the State government had assisted the Government in facilitating the attainment of the developmental agenda of the State Government which she said was built around economic, infrastructural, social development, security and sustainable environment.

Also speaking at the occasion, the Head of Service of the State, Mr. Hakeem Muri-Okunola, stressed the need for those charged with the responsibility of implementing the Procurement Law to be more diligent and conversant with the emerging development in public procurement.

The Head of Service, who was represented at the occasion by Mrs. Toyin Machado–Onanuga, added that the involvement of the Independent Corrupt Practices and other Related Offences Commission ( I.C.P.C. ) and the Code of Conduct Bureau in the advocacy programme by the agency to enlighten the participants on the need to ensure compliance with all relevant provisions of the Procurement Law and other relevant Laws and Regulations underscored the commitment of the State Government to due process, transparency, accountability and the rule of law.

Earlier, the General Manager, Lagos State Public Procurement Agency, Mr. Idowu Fatai Onafowote, explained that the agency organised the event as part of its mandate to regularly update the knowledge of public officials at the Local Government level and sensitize them with a view to deepening their understanding of the procurement process and procedures.

He said that the state government was aware of the responsibilities of local government chairmen and other key functionaries in the procurement process and was ready to invest heavily in building their capacity which he said would benefit the Government as well as the Stakeholders.

Onafowote further explained that the public procurement process could not be complete unless there is input of all stakeholders, like the State Government, Local Governments, the Public Procurement Agency, contractors and suppliers, Non –Governmental Organisations and the general public.