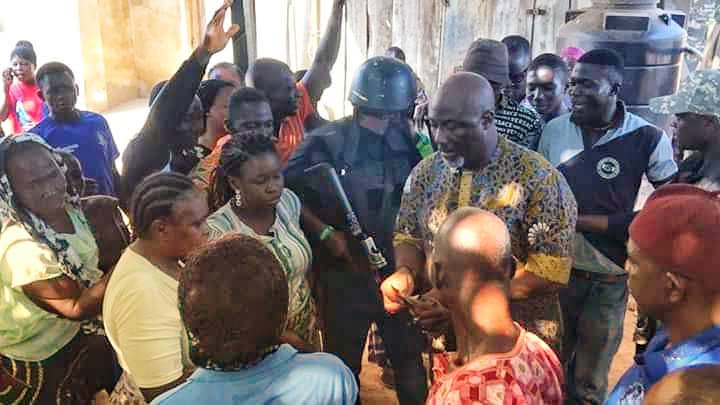 Senator Dino Melaye, fighting for re-election in Kogi West Senatorial District, has been caught sharing money at his polling booth in Ayetoro-Gbede.

In a video that has gone viral, the senator, who has been highlighting the electoral shenanigans in his district that he blamed on the ruling All Progressives Congress, was seen counting Naira notes that he gave a bean cake seller to share to all the voters.

Watch the video courtesy of the Cable:

Melaye on his Twitter handle reported the snatching of a ballot box in his polling unit and also the destruction of boxes in some other units.

5 of the thugs who came to disrupt election in my unit have been arrested and have made confessional statements to the fact that Sunday Faleke aide of Yahaya Bello sent them. One of the cars used is also in police custody. Taofik isah was arrested and wrote a caution statement.