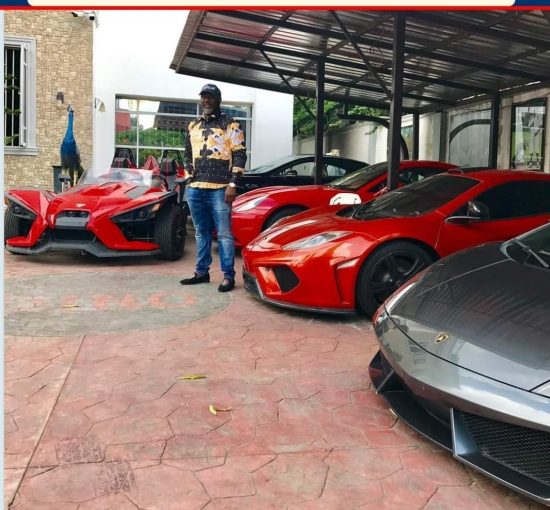 Dino Melaye: with his fleet of vintage cars

After the 23 February election, Senator Dino Melaye, in his usual ebullience and clownishness, pounced on former minority leader in the Senate Godswill Akpabio and called him ‘retired Senator’, who will be missed in the 9th Senate.

Akpabio then had lost his re-election to the Senate on the platform of the All Progressives Congress.

And Dino wished him goodbye, hoping they would meet on the streets of Abuja.

But as events showed, the garrulous senator may have sung Akpabio’s political nunc-dimittis too early, as the former governor now has a second chance, courtesy of an appeal court ruling, to win his seat in Akwa Ibom.

Now, what Melaye said then has now come back to haunt him as he has lost his attempt to regain the Kogi West Senatorial seat, losing to Senator Smart Adeyemi of the APC.

So as he said to Akpabio, so it can now be said to Melaye, ‘we shall meet on the streets of Abuja’.

Dino to Akpabio months back…
How time flies… pic.twitter.com/TqVv4cSHzc