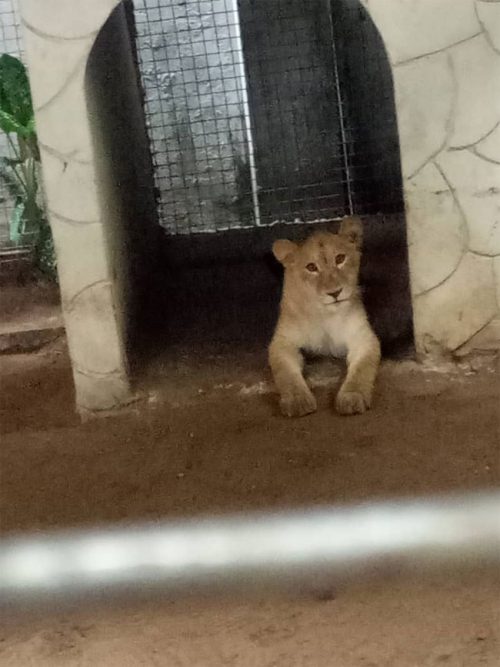 A yet-to-be identified Indian has been found raising a lion in the highbrow Victoria Island residential area of Lagos.

The cub is caged at 229 Muri Okunola Street and is reportedly being used like a dog for guard duties.

Neighbours of the Indian petitioned the state government and the Chairman, State Task Force on Environmental and Special Offences Unit, Mr Yinka Egbeyemi, said: “the cub will be “tranquillised” on Monday.

“We placed the house under close watch since Friday and after it has been tranquillised, we will take it to a zoo.’’

He, however, did not say if the foreign national would be prosecuted. But he said he has been invited for questioning.